According to the agency, an opposition member began insulting Araghchi and then tried to attack him. 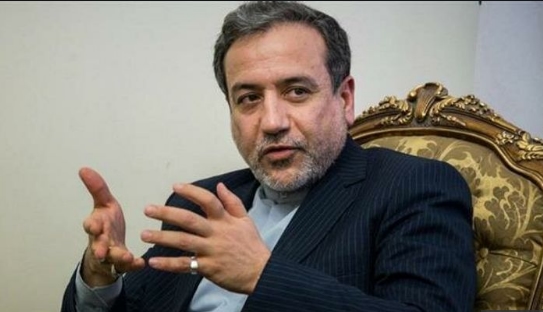 Moscow/Vienna: A representative of Iranian opposition tried to attack the country’s deputy foreign minister, Abbas Araghchi, who is currently in Vienna, but the attack was foiled, Mehr news agency reported Tuesday.

According to the agency, an opposition member began insulting Araghchi and then tried to attack him.

The deputy foreign minister is in Vienna for the meeting of the joint commission on the Iran nuclear deal. For the first time in a long period, the United States, which quit the deal, will be attending the meeting.

The media outlet said that members of Mojahedin-e Khalq organization (banned in Iran) and other “counter-revolutionary elements gathered in Vienna today” to protest against the talks in front of the hotel, where the meeting is being held.

The Iranian embassy in Vienna has reportedly called on Austrian police to ensure safety of Iranian negotiators, however, the police said that no incidents have been registered so far in connection with the protest.

“A demonstration has been announced for today in connection with the meeting. During this demonstration, protesters were loudly chanting slogans in front of one of the Vienna hotels. A sufficient number of police officers have been deployed to ensure the safety during the demonstration. We are currently not aware of any related incidents or physical clashes,” a spokesperson for the Vienna police told Sputnik.

The police did not name the hotel in front of which the demonstration is being held. According to Sputnik, the Iranian deputy foreign minister stayed at Intercontinental Hotel, however representatives of the hotel did not comment on the information about the foiled attack.

On Tuesday, Vienna hosts an in-person meeting on reviving the Joint Comprehensive Plan of Action (JCPOA) to discuss steps needed to fully restore the agreement. The US team will hold consultations with delegations from China, France, Germany, Russia, the United Kingdom, but expects no direct talks with Iran.