Assamese advised to avoid all travels to Mizoram after border clash

In view of all this, the state government said, the people of Assam are advised not to travel to Mizoram and those staying in Mizoram on work-related compulsions, "should exercise utmost caution". 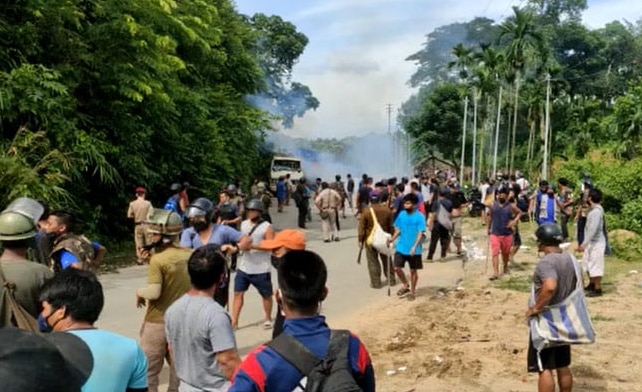 Guwahati: Assam government has advised its citizens to avoid travelling to Mizoram, citing the recent violence at the border district between the two states. Any threat to their personal safety cannot be accepted, said the advisory.

Six men of the Assam police and civilian had died in Monday’s unprecedented clash between the police of two states. Besides, 45 people were wounded, the NDTV reported.

“Even after this incident, certain Mizo civil society, students and youth organisations are constantly issuing provocative statements against the state of Assam and its people. It has been reliably learnt from video footage available with Assam Police, that many civilians are heavily armed with automatic weapons etc,” the advisory read.

In view of all this, the state government said, the people of Assam are advised not to travel to Mizoram and those staying in Mizoram on work-related compulsions, “should exercise utmost caution”.

The violence had started on Monday morning at the Inner Line Reserve Forest area of Cachar district. Later, each state had accused the local police of the other of intrusion and opening fire without provocation.

Paramilitary forces have been deployed to keep the peace in the disturbed area after discussion with officials of the Union Home Ministry.

The people of Assam’s Barak Valley have imposed an “economic blockade” — shutting down the National Highway 306 that connects Mizoram to the rest of the country.

Assam Chief Minister Himanta Biswa Sarma has said that his government will move the Supreme Court over the border violence.  Mizoram Thursday retaliated saying that it is ready to face any lawsuit, with

Its Deputy Chief Minister ,Tawnluia saying they are only protecting their territorial integrity. “We are ready and well prepared to be tried in a law court. We have valid documents to substantiate our stand,” he added.