The accused have been identified as Nasibul Ali Sk and Forizul Rahman. 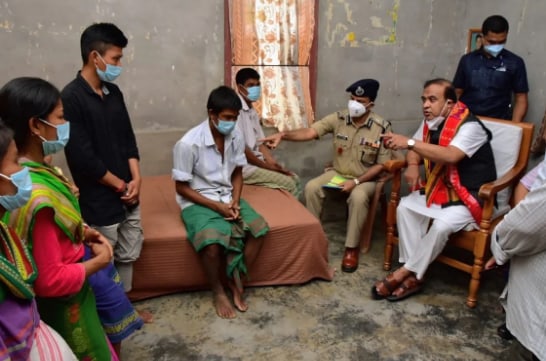 Kokrajhar: Assam police on Tuesday detained two more persons in connection with the death of two minor girls, who were found hanging from a tree under mysterious circumstances at a village in Kokrajhar district in Lower Assam recently.

The accused have been identified as Nasibul Ali Sk and Forizul Rahman.

“The investigation is proceeding in the right direction and police have got some positive clues in the case,” said Kokrajhar SP Prateek Thube.

Meanwhile, a team of CID officials have reached the spot and are carrying out further investigations.

Assam Chief Minister Himanta Biswa Sarma who had visited the house of the deceased on Monday said initial findings point out that both the girls were hanged by miscreants after they were gang raped.