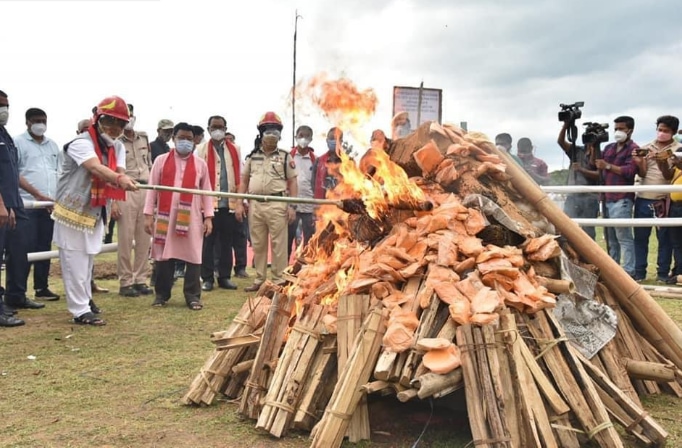 Guwahati: Assam Chief Minister Himanta Biswa Sarma on Saturday said that drugs worth Rs 170 crores were seized by police during the past two months, he elaborated that this amount is approximately 20 per cent of the drugs available in the black market.
In order to send a strong message to the drug cartels, the government Saturday openly burned seized drugs in Golaghat and Karbi Anglong districts in Assam.
Speaking at a public function, Chief Minister Himanta Biswa Sarma said that altogether illegal drugs worth Rs 163 crore will be burnt.
“Assam police have seized around 20 kgs of heroin which has a market value of Rs 40 crores. On the other hand, as many as 1,493 drug peddlers have been arrested so far,” Sarma added.
As the BJP led government came to power in Assam for the second time, police has launched a massive crackdown on drug mafia and their supply chains in the state.

Kolkata: On the eve of the 93rd birthday of India’s most iconic vocal artist Lata Mangeshkar, Penguin Random...
Sport