Adityanath needs lessons in history as does Prime Minister Narendra Modi, who had said that Lachit Barphukan was a freedom fighter when he was an Ahom general who fought the famous battle of Saraighat in 1671, Congress spokeperperson Bobeeta Sharma said. 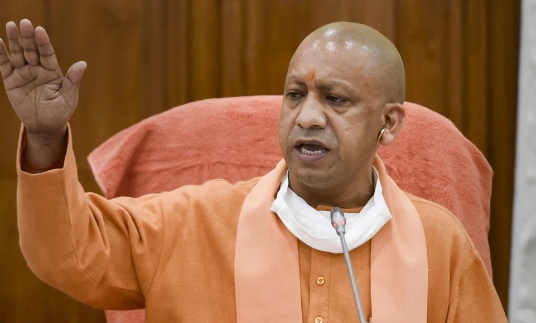 Guwahati: The Congress Wednesday expressed amazement and ridiculed Uttar Pradesh Chief Minister Yogi Adityanat for his comment on 15th century Vaishnavite saint Srimanta Sankardeva to draw attention to the problem of infiltration in Assam, for which he blamed the party.

Adityanath needs lessons in history as does Prime Minister Narendra Modi, who had said that Lachit Barphukan was a freedom fighter when he was an Ahom general who fought the famous battle of Saraighat in 1671, Congress spokesperson Bobeeta Sharma said.

“The Assam Pradesh Congress Committee is amazed at the statement of the Uttar Pradesh chief minister that Srimanta Sankardeva was fighting against infiltrators in the 15th century. This proves how little BJP knows about the culture of Assam which they claim they are going to protect,” she said.

“Congress would like to gift some history books to Modi and Adityanath,” PTI quoted Sharma as saying.

Hitting out at Adityanath for his comments on Srimanta Sankardeva, she said “Yogiji talks about a much revered saint fighting against infiltrators but he should know exactly what Srimanta Sankardeva fought against. He was against the exploitation of people by those who followed the ideologies and dogmas laid down by Manusmriti and against idol worship. He fought against the caste system and believed in assimilation of society.

“The BJP keeps talking about Srimanta Sankardeva and Bir Lachit Barphukan at the drop of a hat. Yet they do not know who these personalities were or what they stood for,” the Congress spokesperson added.

Adityanath during his three back to back election rallies at Hojai, Kalaigaon and Rangia in Assam during the day said BJP will free Assam of illegal immigrants the way it freed Vaishnavite scholar Srimanta Sankardeva’s birthplace Bordowa of infiltration.

“Srimanta Sankardeva was such a visionary leader who planted the seed of cultural nationalism in India and drew attention towards infiltration. That’s why Sankardev was never duly recognised by the Congress. It always did appeasement politics,” the BJP leader had said to the surprise of his audience.

Srimanta Sankardeva was born in 1449 and died in 1568, while the immigration from the then East Bengal and later East Pakistan started in early 20th century. The problem acquired prominence in the post-Independence era.

“The BJP thinks that the people of Assam do not notice anything. “They are trying to impose Nagpur (referring to the RSS headquarters) culture on the Assamese people but they know how this can engulf and destroy our culture,” Sharma said.