Ahmed was picked up from MLA quarters in Dispur and taken to Panbazar police station for questioning, the officer said. 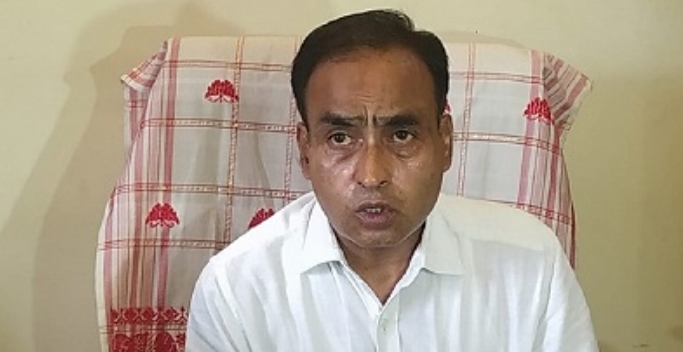 Guwahati: Assam police detained Congress MLA Sherman Ali Ahmed on Saturday over the “provocative” remarks he allegedly made in reference to the recent eviction drive in Darrang district, the PTI quoted a senior police officer as saying.

Ahmed was picked up from MLA quarters in Dispur and taken to Panbazar police station for questioning, the officer said.

“We have detained him for interrogation. Any decision on his arrest will be taken in due course of time,” the officer added.

Several organisations, including the All Assam Students Union (AASU) and Bharatiya Janata Yuva Morcha (BJYM), have filed complaints against the legislator for his remarks.

The Assam Pradesh Congress Committee had on Friday slapped a show-cause notice on the MLA for his “communally provocative” statements ahead of the bypolls in the state, and sought a reply from him in three days.

Ahmed reportedly made the “communal” remarks while reacting to assertions by some leaders of the BJP-led ruling alliance that the alleged encroachers in Sipajhar area of Darrang district “had killed” eight people in 1983 during the six-year-long Assam agitation.

The MLA claimed that the eight people who died in the agitation were “not martyrs, but killers”, as they were involved in slaughtering others from the minority community of Sipajhar area, where Gorukhuti is located.

Justifying the killings, he reportedly said that “the attack” on the eight people was an act of “self-defence” by the Muslim population of that area.

The state Congress unit, in its notice, said, “As a lawmaker, your communally provocative comments in media, gnawing at old wounds of the past incidents of Assam Agitation when people of Assam across communities had suffered, is totally insensitive and uncalled for.

“APCC views your comments as politically motivated with intent to cause damage to the Congress party just prior to the bye-elections,” it added.

An eviction drive held last month in Darrang passed off peacefully on the first day but was conducted amid stiff resistance by locals on the second, leaving two dead in police firing, including a 12-year-old boy. Over 20 people were injured in the melee, including policemen.