During the day, the Assam CM, while addressing a rally of BJP workers at Warangal in Telangana, said the way Article 370 was scrapped, the Ram Mandir's construction began "here also Nizam's name, Owaisi's name will be written off...that day is not very far". 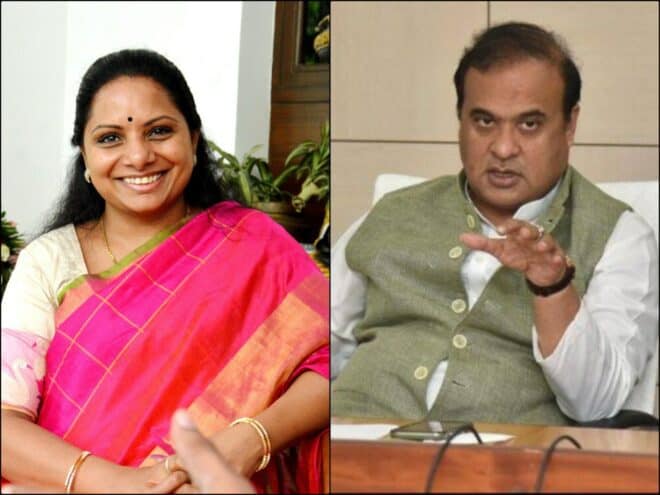 During the day, the Assam CM, while addressing a rally of BJP workers at Warangal in Telangana, said the way Article 370 was scrapped, the Ram Mandir’s construction began “here also Nizam’s name, Owaisi’s name will be written off…that day is not very far”.

Taking to micro boggling platform twitter, Kavitha while reacting to Assam CM’s comments, said “I wonder, why you & your party (BJP) are so threatened with the idea of unity? Did you forget the verdict of Telangana in 2018, where BJP lost deposits on 107 seats?”

The unemployment rate of India has been scaling up and is at eight percent now. The TRS party is made from the struggle of people’s rights; we fought for Telangana all by ourselves, she tweeted.
As promised, we have generated over 1.3 lakh jobs so far for our people and we continue to create avenues, Ms Kavitha, daughter of Chief Minister K.Chandrashekhar Rao, said.

“The initiatives of CM KCR Garu like #RaituBandhu, #KalyanaLaxmi and #MissionBhageeradha have been a testimony for the entire country, if you look up these schemes, you’ll find some similar projects. Fun fact, your party renamed these schemes of Telangana Government, she added”.