If the banned insurgent outfit is serious about engaging in talks with the government then it should walk forward demonstrating its will to build up a conducive environment, said Himanta 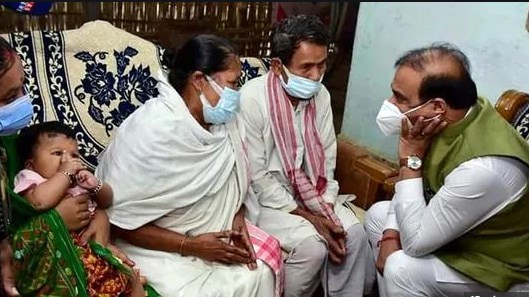 Guwahati: Assam Chief Minister Himanta Biswa Sarma Thursday said that if the banned insurgent outfit ULFA (I) is serious about engaging in talks with the government then it should walk forward demonstrating its will to build up a conducive environment as he appealed to the outfit chief Paresh Barua to safely release the abducted ONGC employee Ritul Saikia at the earliest.

“Ritul Saikia’s safe release will be another step forward from the three-month unilateral ceasefire declared by the outfit,” Sarma said.

Sharma clarified that it’s only the central government which will have the last say on peace talks or ceasefire with the banned outfit. However, he said that the state government will facilitate the process.

“Any call of peace talks will be looked at positively by Prime Minister Narendra Modi or Home Minister Amit Shah,” Mr Sarma said adding that for any peace talks between the government and the outfit ground rules have to be chalked out.

The Chief Minister further said that ULFA (I) s demand for more investment by ONGC and OIL in the state is being pursued by the government, in its own procedures.

“Holding someone hostage will not serve any purpose or increase investment in Assam,” Sarma said.

Ritul Saikia and another two ONGC employees were abducted from Lakuwa on April 21, but the other two were rescued from a Nagaland village on April 24 following an encounter between the militants and security forces. Ritul was, however, not among the rescued persons.

ULFA (I) chief Paresh Barua has claimed yesterday that Saikia is in their captivity and in sound health.