This was reiterated by Arunachal Pradesh Home Minister Bamang Felix on Monday after recent allegations of eviction notices being served by Assam forest officials to the Arunachal villagers living on the inter-state border in the Kimin area of Papum Pare district. 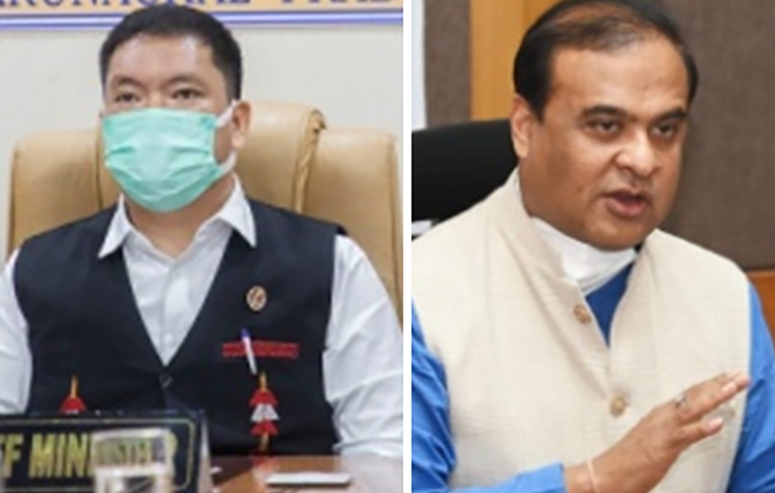 Itanagar: The State Governments of Assam and Arunachal Pradesh have ‘agreed’ for peaceful settlement of the boundary issue and to maintain the status quo on the boundary matter as ordered by the Supreme Court of India.

This was reiterated by Arunachal Pradesh Home Minister Bamang Felix on Monday after recent allegations of eviction notices being served by Assam forest officials to the Arunachal villagers living on the inter-state border in the Kimin area of Papum Pare district.

Felix, also the Govt Spokesperson, while talking to the media said: “The moment we (Govt) came across the report through various social media and other platforms, Chief Minister Pema Khandu has taken prompt action and telephonically talked to his Assam counterpart Himanta Biswa Sarma and both have discussed the matter and decided to further strengthen the methods for peaceful solution.”

While informing that Arunachal Pradesh and Assam are indulged in massive exercise to resolve the long-pending boundary dispute between the two states, the Govt spokesperson said, “The recent boundary dispute at Kimin is very unfortunate”.

“The matter has been seriously taken by the State Government and various level of talks already underway”, he said and informed that the Chief Secretary of Arunachal Pradesh has taken up the matter with Assam Chief Secretary and “at present, Inspector General of Police of our state is speaking to Assam IG on the matter at Yupia, the headquarters of Papum Pare district”.

The DC and SPs of adjoining districts of both the states are already in talks to resolve the matter. “As of now, both the Governments have agreed for peaceful settlement of the boundary issue and agreed to maintain status quo,” he added.

It requires a mention here that the Arunachal Pradesh Chief Minister has already spelt out his government’s firm resolve to go for ‘out-of-court settlement’ of the vexed boundary row with neighbouring Assam.
For the permanent solution of the matter, the state government has constituted a High-Powered Committee, headed by the Home Minister himself, which has already done lots of exercises and held series of meetings with different stakeholders including DCs, local MLAs, NGOs, CBOs across 12 districts of the state bordering Assam.

“Now, we are waiting for one thing which is to be done, that is remote sensing application…the goods have already arrived and by next month’s first month, the entire things would be worked out,” Felix said and added, “Hopefully, the Assam-Arunachal boundary problem will be resolved for once and for all once it is brought to the table of both the state governments”.