Given the massive factor of dew in the UAE, Rohit will expect to win the toss and put the record straight first up. 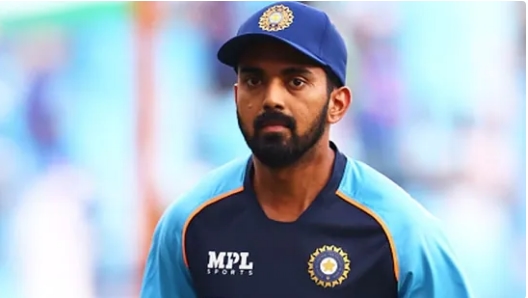 Dubai: Though India vice-captain KL Rahul did not concede it publicly, India will be longing to avenge their 2021 T20 World Cup smack when they lock horns with arch-rivals Pakistan in their opening encounter in the 2022 Asia Cup T20 tournament here on Sunday.

The memories of the last encounter will be fresh in the minds of captain Rohit Sharma as he walks out for the toss along with his counterpart Babar Azam. India had faltered against Pakistan as the neighboring giant had registered a spotless 10-wicket victory at the same venue in World T20.

To get an even result, India will be looking to put pressure on Pakistan’s weak middle order by dismissing Babar Azam and Mohammad Rizwan early on. And if India is lucky enough to get No.3 Fakhar Zaman out cheaply, it will cause a tremble in the neighboring side as Asif Ali, Iftikhar Ahmed, Khushdil Shah, and Shadab Khan, hardly inspire huge confidence.

In the absence of the injured Mohammad Wasim Junior and Shaeen Shah Afridi who tormented the Indian top order in the last world cup encounter, India’s opening pair will be looking to give a rollicking start to give an ample scope for smackers Surya Kumar Yadav, Hardik Pandya, Rishabh Pant or Dinesh Karthik to go for a kill from the middle-over stage.

However, it will not be an easy task for the top Indian batters as Rahul, Rohit Sharma and Virat Kohli have hardly any game time behind them.

All eyes, however, will be on Kohli, who is struggling to get back into form. It has been more than 1000 days since he cracked a century. The fans would love him to get to his 71st international ton in his historic 100th T20I appearance.

All focus also will be on Babar as he is key to Pakistan’s fortune in this high-octane match. He is the No.1 T20I batter in the world and the chief architect of Pakistan’s win over India in last year’s World Cup.

For India, Jasprit Bumrah and Harshal Patel are both injured which opens the door for young Avesh Khan and Arshdeep Singh to showcase their talent.

Hardik, Ravindra Jadeja, Bhuvneshwar Kumar, and Yuzvendra Chahal will be India’s other bowling options. There however will be a pick from the lots of Ravi Bishnoi, Ravichandran Ashwin, or Avesh as their sixth bowler.

Comparing the two sides holistically, India’s performance in the T20I has been superb after the world cup debacle against Pakistan. They have remained unconquered in seven bilateral series including New Zealand, West Indies, Sri Lanka, Ireland, and England.

Pakistan, on the other hand, has not played too much T20I cricket. They have played only two bilateral series and a one-off T20 match. They clean-sweep Bangladesh and West Indies but lost to the reigning World Champions.

Given the massive factor of dew in the UAE, Rohit will expect to win the toss and put the record straight first up.

The two teams have faced each other 14 times, with India winning on eight occasions and Pakistan on five. One game ended in a no result.

FIFA WC: Argentina outclass Poland as both advance to last-16