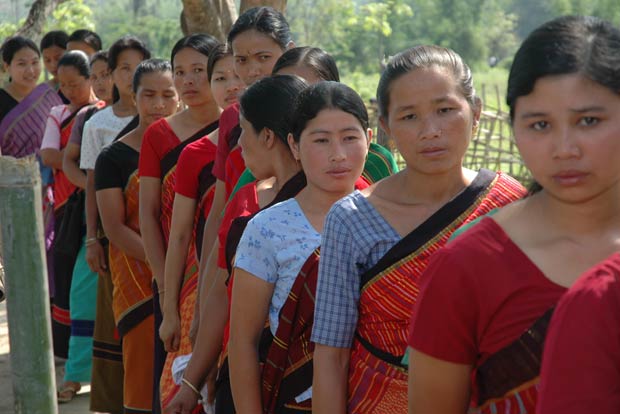 Itanagar: The All Arunachal Pradesh Students’ Union (AAPSU) on Tuesday strongly condemned the ‘off-repeated & malicious’ claims of ‘racial profiling’ in Arunachal Pradesh by Chakma-Hajongs, while strongly supporting the ‘special census’ of the Chakmas and Hajongs to know the exact numbers of ‘refugees’ living inside the state.

The protesting organizations said that the Chakmas and Hajongs will not cooperate with any census being taken on them.

Reacting to the latest ‘development’, the AAPSU in a statement said, “Large-scale propaganda against people of Arunachal Pradesh by organizations and individuals associated with the refugee community since past many years and the recent protest dharna at Jantar Mantar by Chakma groups is nothing new and only speaks of their ulterior motives.”

The people of Arunachal Pradesh and the AAPSU have been rigorously voicing its strong objections to arbitrary settlement of Chakma & Hajong refugees inside Arunachal Pradesh, the apex students’ body of the state said. The Union has never objected to providing of basic facilities to the refugees as is being provided to the Tibetans staying in numerous camps across the state.

“Neither the State Government nor anyone is violating any human rights of any individual or community. Leaders from Chakma Community should not mislead their community members, NHRC and the GOI. History is very much clear. The Chakmas & Hajongs were arbitrarily settled inside Arunachal Pradesh as “Refugees” and over the years, illegal immigration inside the state continued from the refugee community which has greatly affected the socio-cultural set-up of our state.”

“How can refugees claim themselves as APST and what is the basis of their claims? The AAPSU strongly opposes any attempts of the refugees to permanently settle in our land and their notorious demands for APST & citizenship status inside Arunachal Pradesh,” AAPSU president Hawa Bagang said.

Further citing that both the Union and the State Governments have given strong indications for resolving the issue by relocating the refugee community, he said the AAPSU shall strongly stand with the State Government for protection of the indigenous tribal communities of Arunachal Pradesh.

“While the NHRC has time and again directed for protection of human rights of the two refugee communities by all the ways, but the question remains as to when will the NHRC take any steps for protection of human rights of the indigenous tribal communities of Arunachal Pradesh? Who will ensure protection of the locals when their land and assets are forcefully occupied by the refugees? Refugees should refrain from citing the rights available to Indian citizens under the Constitution of India to fool the masses,” rued AAPSU general secretary Tobom Dai.

“It is the right of the people of Arunachal Pradesh to know the exact numbers of Chakma-Hajong refugees living inside the state. There is a strong desire on our part for permanent resolution of the vexed refugee issue. The AAPSU has been time and again voicing its demand for conducting such special census at regular intervals and the State Government has taken the right decision in this regard.

“The union strongly urges the State Government to go ahead with the special census without any further delays,” Dai said.