More than 2,000 air guns have so far been surrendered by different individuals across the state since the launch of the Abhiyan in March last. 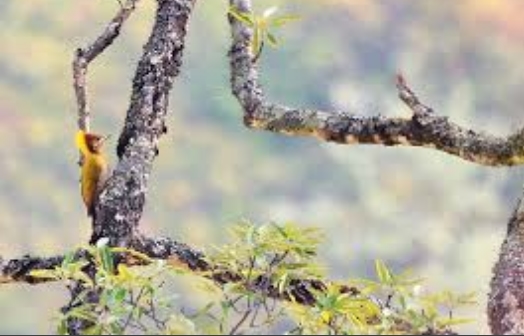 Itanagar: Arunachal Pradesh Forest Department’s wildlife conservation initiative ‘Airgun Surrender Abhiyan’ has paid off rich dividend as the department has been conferred with a ‘Roll of Honour’ in recognition of its commendable effort to save the wild animals.

“This award is in recognition of tireless efforts taken by the state administration under the dynamic leadership of Chief Minister Pema Khandu and Department of Environment, Forest and Climate Change to protect and conserve the rare, unique and endangered wildlife of the State from the hunting practices which had been etched in the cultural history of certain tribal communities,” Natung said after receiving the award.

More than 2,000 air guns have so far been surrendered by different individuals across the state since the launch of the Abhiyan in March last.

In Arunachal Pradesh, there has been the practice of hunting by the community members, besides the ‘indiscriminate’ killing of birds, as a result of which the wild animals are facing the grave threat of being extinct.

“…Since our people go hunting and kill them, we are increasingly losing our variety of wild animals and birds and many of them are endangered. If the killing of wild animals continues shortly, our children will never have the opportunity to see a live wild animal,” Natung had said during the launch of the initiative.

At the Green Summit, the Arunachal minister suggested collective efforts from all the Northeastern states to stop animal hunting and adopt a community and culture-based approach to reach the grassroots level. He urged the Union Minister to extend the Airgun Surrender Abhiyan to the whole country to eradicate crime against nature, the sources added.

We should aim to make Arunachal as Gate of Trade with our neighbours: Khandu