Meanwhile, 22 people across the state recuperated from the disease during the last 24 hours that enhanced the total number of cured cases to 54,589. 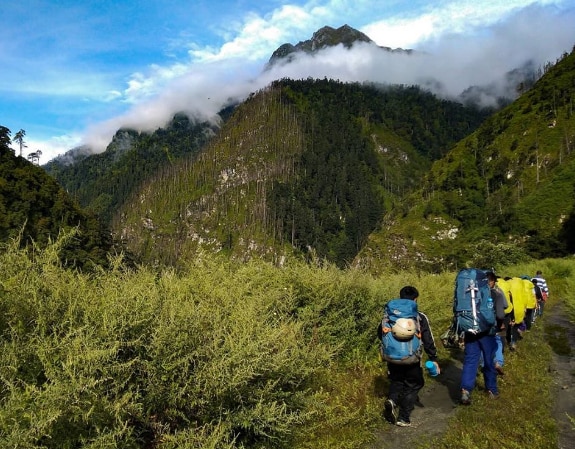 Itanagar: In a reversal of the last few days COVID scene, Arunachal Pradesh witnessed more single-day infections than the recoveries during the past 24 hours.

The state recorded 27 fresh cases in the period that took its tally of confirmed cases past the 55,000-mark, a senior health official said.
Namsai district reported the highest 14 cases, while East Siang, Shi-Yomi and West Kameng contracted three cases each.

For a change, Itanagar Capital Complex didn’t find a single positive case for the first time during the second wave of the pandemic.
Four of the new cases turned out to be asymptomatic and 23 symptomatic.

Meanwhile, 22 people across the state recuperated from the disease during the last 24 hours that enhanced the total number of cured cases to 54,589.

With 145 active COVID-19 cases, the state’s overall case positivity rate now stands at 0.26 per cent and the recovery rate at 99.23 per cent.
In the meantime, more than 6,000 people were administered the COVID-19 vaccine jabs in the period that took the cumulative vaccination coverage to over 12.63 lakh.

While 7.70 lakh beneficiaries have taken the first dose of the anti-Covid vaccine, 4.94 lakh were fully inoculated under the nationwide vaccination drive since its launch in January last.