"Taron's father informed me he was blindfolded and given electric shocks," the Arunachal East MP told UNI. 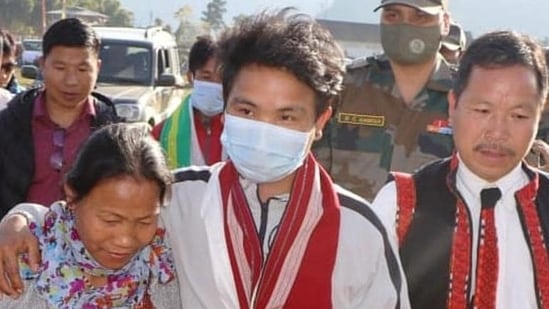 “Miram Taron was abducted by PLA from Indian territory around mid-January. He was physically tortured by Chinese soldiers before release. “Taron’s father informed me he was blindfolded and given electric shocks,” the Arunachal East MP told UNI.

Expressing concern over the revelations made by the teenager’s father, as claimed by Gao, the former state president of Arunachal Pradesh BJP, said, “Taron was not a spy. He is a village boy who went for hunting and was abducted by the Chinese PLA.

“They have violated international conventions by torturing him. I condemn such act. Such act should not happen.” Gao informed that he had apprised about the claims made by Taron’s father to Union Minister of State for Home Nisith Pramanik and urged him to look into the mater.

He also requested the army personnel to take up this issue with their counterparts during their meeting so that such incident won’t occur again. “We should stand for the safety, security and integrity of the nation first,” he said.

He also highlighted the fact that India follows international norms and duly returns if people from Chinese side cross over. On January 27, the PLA handed over Taron to the Indian Army, nine days after he went ‘missing’. Arunachal Pradesh shares a 1,080 km border with China.