On the contrary, only one patient recuperated from the disease that took the total number of recovered cases to 55,048, a senior health department official said. 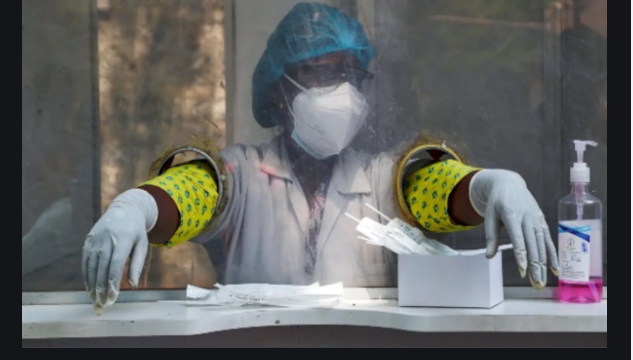 Itanagar: Arunachal Pradesh on Wednesday reported 23 fresh COVID-19 cases – the highest single-day spike since October 18 when the hilly state-contracted 27 cases – that upped its tally of confirmed cases to 55,375.

On the contrary, only one patient recuperated from the disease that took the total number of recovered cases to 55,048, a senior health department official said.

Of the new infections, Lohit reported the highest number of cases at seven, followed by Itanagar Capital Complex (six) and Namsai (three).

Two cases each came from East Siang and Tawang, while Tirap, West Kameng and West Siang detected one each.

Ten of the total cases were found to be asymptomatic and 13 symptomatic, the official said, while adding that the day’s overall positivity rate was 5.01 per cent which stood at 1.23 per cent on Tuesday.

Among the newly infected, eight are ITBP personnel, including seven from the 9th Battalion of the Force based at Lohitpur in Lohit district and two are NDRF personnel who tested positive in Itanagar.

Seven of the total cases were stated to be returnees from other states.

With the addition of the fresh COVID cases, the state’s active caseload increased to 45. The state’s recovery rate presently stands at 99.41 per cent, while the fatality rate is 0.51 per cent and the overall positivity rate is 0.08 per cent.

Meanwhile, the Northeastern state administered a total of 3218 jabs of COVID vaccines to its people during the last 24 hours, with 1889 in the age group of 15-18 years taking the first dose. 351 beneficiaries of 18 years and above took the first dose and 978 got the second dose.

With this, the state’s cumulative vaccination coverage rose to 14,68,293, the official said.