“The Chakmas and Hajongs are born and brought up in Arunachal Pradesh and it is their motherland too." 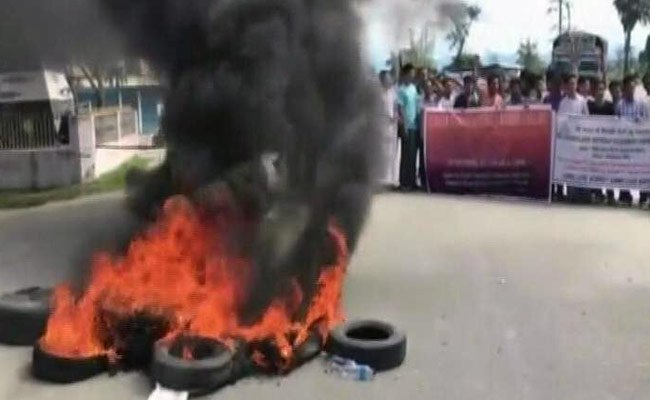 Itanagar: The Chakma Rights and Development Organisation (CRDO) on Tuesday condemned the All Arunachal Pradesh Students’ Union (AAPSU) for demanding cancellation of Residential Proof Certificates (RPC) issued to the Chakmas and Hajongs residing in Arunachal Pradesh for education and job purposes.

The AAPSU on Monday demanded immediate suspension of Changlang DC and Diyun EAC for allegedly issuing RPC to more than 500 Chakma-Hajongs. Also demanding cancellation of the RPCs issued, the apex students’ body sought that Bordumsa-Diyun MLA should be stripped of all the benefits enjoyed as people’s representative for allowing issuance of RPC and induction of one Robin Chakma as LDC in Diyun EAC office.

In this regard, AAPSU submitted a representation to the Chief Minister’s Office seeking fulfillment of all the demands within 15 days.

Further, the CRDO denounced the AAPSU for calling the Chakmas and Hajongs “refugees, foreigners, outsiders, and illegal migrants” “without knowing/acknowledging the fact that Chakmas and Hajongs were taken to NEFA by the Government of India and they were rehabilitated from 1964-1971 long before Arunachal Pradesh as a State was born”.

“It has been 58 long years since the Chakmas and Hajongs were rehabilitated in Arunachal Pradesh then known as North East Frontier Agency (NEFA) under a ‘definite plan of rehabilitation’ by the Govt of India in consultation with local leaders and NEFA administration way back in 1964-69. They were allotted 5 acres of land per family, given trade licenses, ration cards, government jobs and lump sum amount and/ or tools & implements to start life afresh as citizens of this country.

“This was a part of strategic policy decision of the local administration and central government and cannot be undone. As such, issue of RCs (Residence Certificates) to Chakmas and Hajongs has been in existence for decades and in operation already. Any attempt to stop that now would tantamount to malafide, malicious and illegal action,” said the Organisation.

Meanwhile, the Arunachal Pradesh Chakma Students’ Union (APCSU) requested CM Pema Khandu to reject AAPSU’s ultimatum, claiming that the allegations made by the union are “baseless”. It also urged the CM to extend full support to Diyun EAC and Changlang DC for “discharging their official responsibilities towards Chakmas and Hajongs of the state”.

Countering the AAPSU leaders’ statement on protecting their motherland, the APCSU president Rup Singh Chakma stated, “The Chakmas and Hajongs are born and brought up in Arunachal Pradesh and it is their motherland too.

“The Chakmas and Hajongs are citizens of India recognised by the various judgments of the constitutional courts and they have been casting their votes. The time has come for the AAPSU to accept the reality and bring an end to discrimination against the Chakmas and Hajongs.”