Arrangements made to bring stranded people due to blockade in Nagaland: Biren

He said there is no border dispute in the area and it is only an organization which is demanding removal of police post from Dzuko valley from the Manipur side. 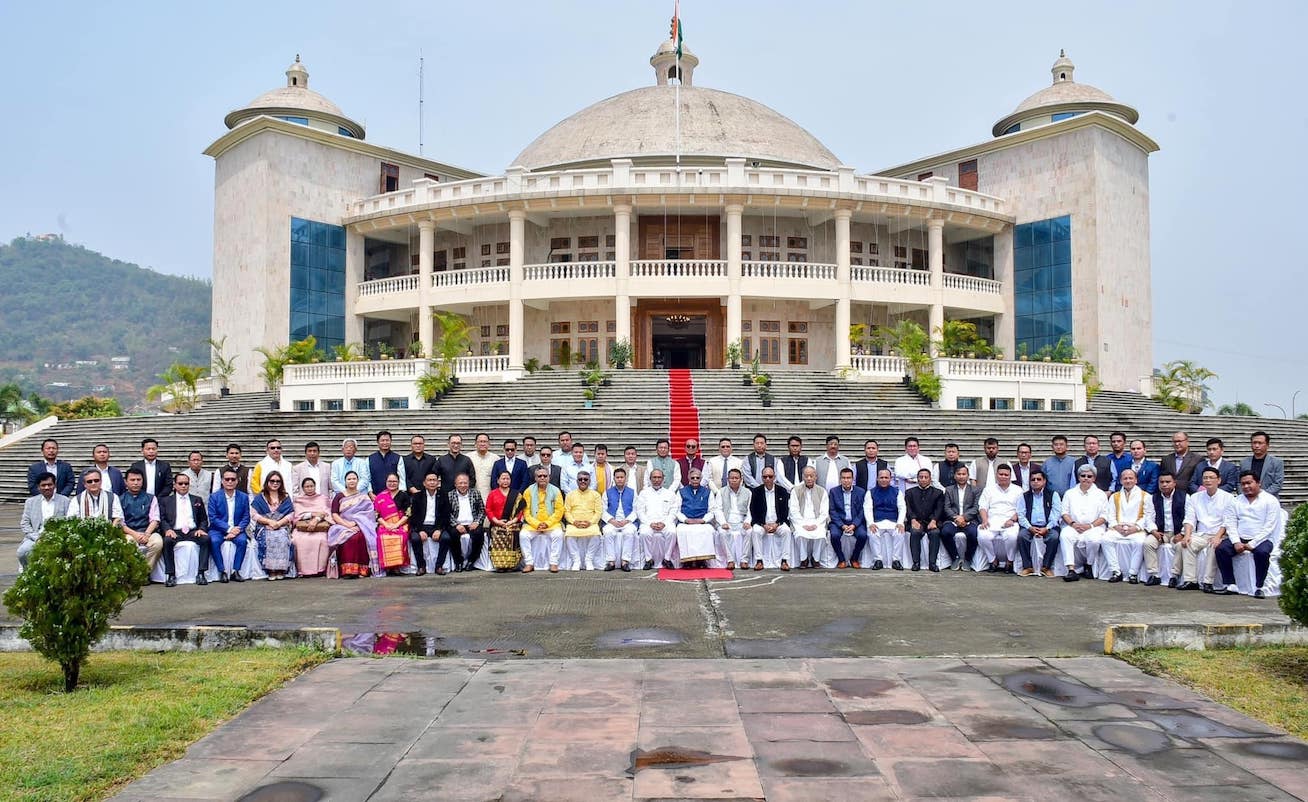 Imphal: Manipur Chief Minister N Biren Singh on Saturday informed the House that the state government will be trying to bring stranded people due to blockade of Manipur bound vehicles in Nagaland.

Biren said a team headed by a Minister has been trying to resolve the matter by camping in the border town, Mao.

He said there is no border dispute in the area and it is only an organization which is demanding removal of police post from Dzuko valley from the Manipur side.

The chief minister further said as people have been stranded on the highway in Assam and Nagaland waiting to come to Manipur since March 21 last due to the blockade by Southern Angami Public Organization (SAPO) of Nagaland the government has asked people to come along another highway, Jiribam to Imphal.

Biren said there are reports of frequent firing, assault of people and harassment of tourists on the Manipur side of the Dzuko valley. During a fire in the area due to lack of proper roads and facilities, help had to be taken from the centre to douse the fire.

The police outpost is 100 m from the border on the Manipur side and it is needed to protect the citizens of the area, tourists and fight natural calamities, he said. Four helicopters had to be requisitioned to douse the fire as there was no police post in the area, he said.

Fire brigade and Disaster management officials are also posted in the area as the Dzuko valley needs protection and stop illegal felling of trees, Biren said. People on both sides of the states need to resolve the matter amicably, he added . Manipur government will not compromise on security and boundary issues, the chief minister added.

Southern Angami Public Organization (SAPO) of Nagaland had imposed a total blockade of all Manipur bound vehicles in Nagaland since March 21 demanding removal of the police outpost in Manipur.

The centre and the Nagaland government were informed to stop the blockade as Manipur depends on the highway for transportation of goods and people. K Ranjit of the Congress party raising the matter in the House said many women and children and even patients were stranded on the road as they could not come to Manipur due to the blockade.

Piqued by the blockade in Nagaland which has starved Manipur of essential commodities and stopping of movement of people, E-commerce and other activities , some organizations in Assam have decided to block the highway in Assam leading to Nagaland, Ranjit said.

Due to the blockade most of the oil depots were closed down, people who had to catch train from Assam were all stranded on the highway. There is no railhead in Manipur and so people of Manipur have to go to Assam via Nagaland to board the train.