The ministry called Biden's move a significant contribution to the global recognition of the 1915 Armenian genocide and the prevention of further mass killings. 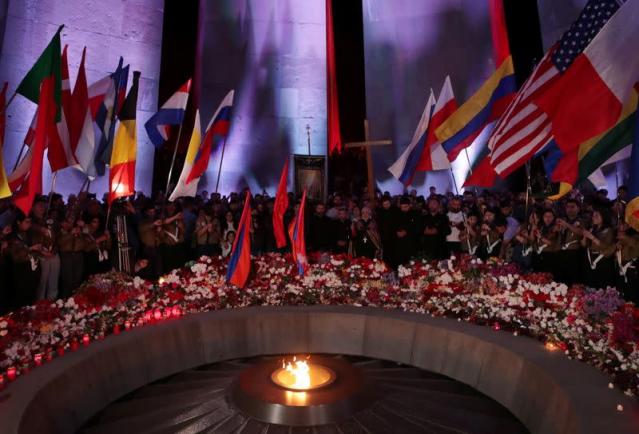 Yerevan: Armenian President Armen Sarkissian and the country’s Ministry of Foreign Affairs welcomed a statement by US President Joe Biden on Saturday, in which he referred to the 1915 mass killing of ethnic Armenians in Ottoman Turkey as genocide.

“We welcome the statement of the President Biden on the commemoration day of the Armenian Genocide, by which the President of the United States clearly defines the mass atrocities committed against the Armenian people in the early 20th century as genocide,” the ministry said.

The ministry called Biden’s move a significant contribution to the global recognition of the 1915 Armenian genocide and the prevention of further mass killings.

The president described Biden’s recognition as a “courageous and inspiring act.”

“The process of international recognition and condemnation of the Armenian Genocide will contribute to the prevention of genocide as a crime against humanity and elimination of impunity around the world,” Sarkissian’s press service said on Facebook.

Turkey condemned the designation and called on Biden to reverse it for the sake of promoting a peaceful coexistence of peoples in the region. The president of Turkey’s close regional ally Azerbaijan said that labeling wartime Armenian massacres as genocide was a historic mistake.