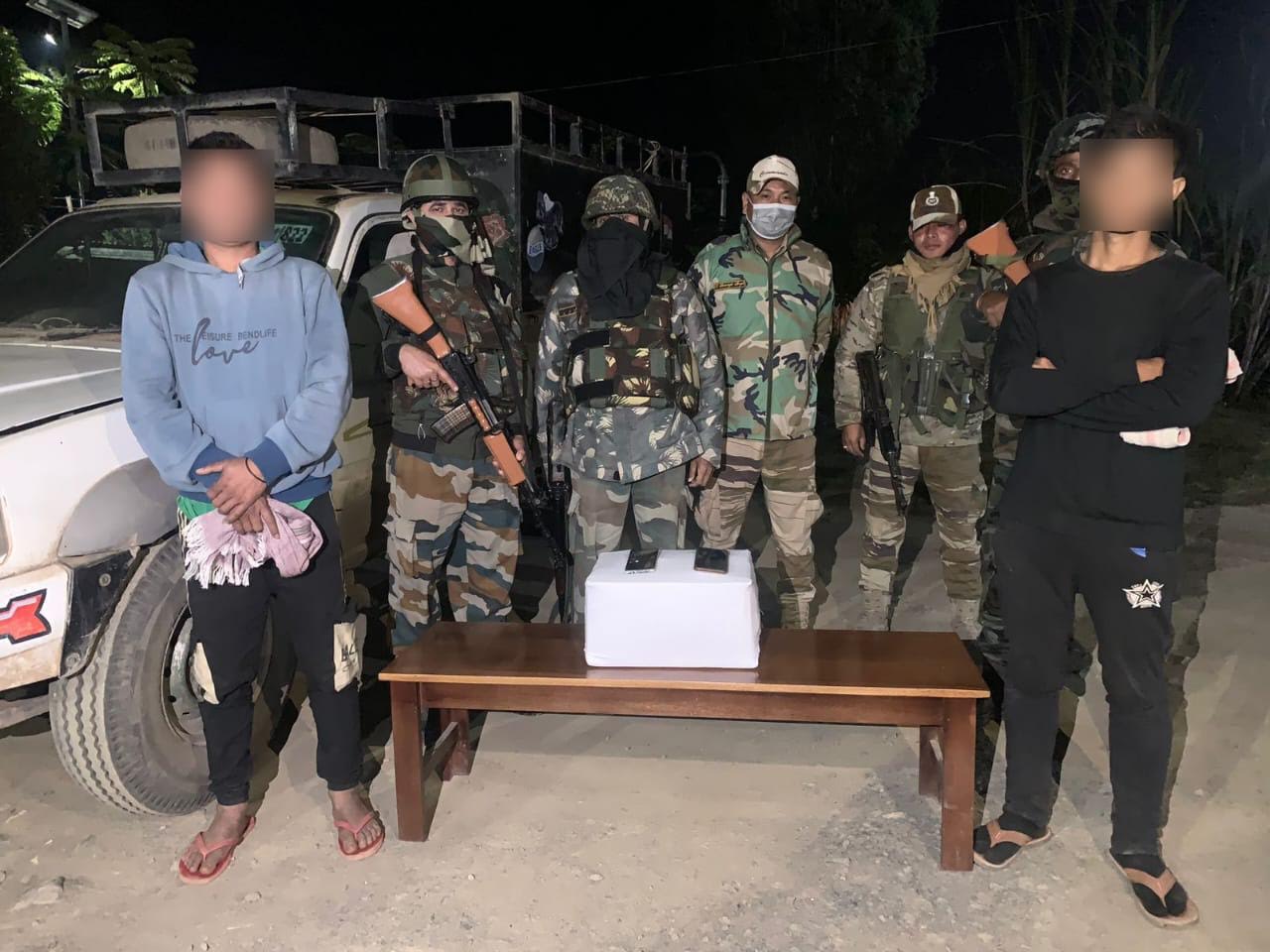 Imphal: Modi Battalion of Assam Rifles under the aegis of IGAR(South) seized a consignment of Brown Sugar worth Rs 1.25 crore near Pallel, Manipur on Saturday.

Based on specific input, troops of Modi Battalion, with a team of Manipur Commandos, Tengnoupal PS, launched an operation which led to the apprehension of two suspects near village Thamlapokpi. Suspects were in possession of 48 soap cases containing Brown Sugar weighing approx 623 gms worth Rs 1.25 Crore hidden inside the gear box of a DI truck.