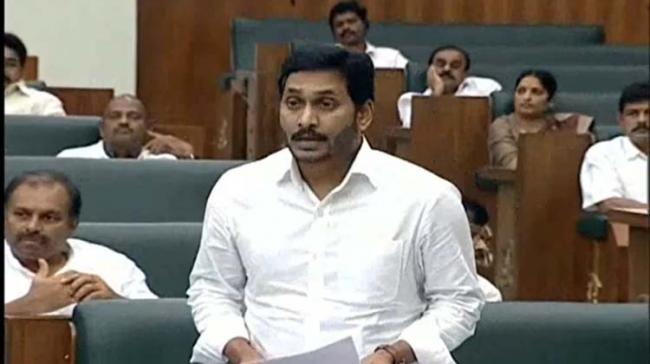 Andhra Pradesh Legislative Assembly on Monday passed the Andhra Pradesh Decentralization and Inclusive Development of all Regions Repeal Bill 2021 by voice vote. Chief Minister Y S Jagan Mohan Reddy told the House, the Bill had to be brought in to strengthen the existing provisions and address various issues including legal matters and widen its scope to benefit the larger section of the society.

Addressing the House, the Chief Minister made it clear that the government would bring in a “comprehensive and improvised Decentralization Bill”, elaborating the good intentions of the Bill, and incorporating all answers of public queries, legal matters within the Bill.

The Chief Minister said that if the process of three capitals had begun on time, soon after passing the Bills it would have shown good results by now, as the decentralization was intended to provide equal development of three regions which is in line with the Sri Bagh Pact.

But the capital city Amaravati region is neither in Vijayawada nor in Guntur and both about 30 to 40 km away from Amaravati.

To provide basic infrastructure like roads, power, drainage was costing a lot, according to the previous Government figures, Rs 1 lakh crores as they pegged the cost at Rs 2 crores per acre. In the coming ten years’ time, the cost would escalate to Rs 6 to 7 lakh crores and we do not have that kind of money to paint such an illusionary picture. In that case our youth have to go to bigger cities like Hyderabad, Chennai or Bengaluru for jobs.

In these circumstances the largest city in the State is Visakhapatnam. It already has the basic infrastructure like roads, drainage and power supply and if we put in some value addition, it will compete with Hyderabad in the coming five to ten years, he said.

The 2019 election result was a resolute vote against the concentration of development in one place and negation of a super capital model like Hyderabad. The subsequent elections, which gave us a thumping mandate, acknowledges our policy of decentralisation which brings all regions and all walks of people into the development fold, he said.

Earlier, Finance Minister Buggana Rajendranath while explaining the salient features of the ‘Repeal Bill’ said that ‘the subject matter needs further study and consultations to impart further clarity to the policy of decentralisation of the State and explanation to all sections of people exhaustively.

The Government intends to repeal the Acts to enable further consultations with all the stakeholders once again and to present suitable legislation in the future addressing all the concerns of all the regions of the State favoring decentralisation.