The statement follows an earlier advisory, also issued on Thursday, where the Assam government advised its people not to travel to Mizoram as any threat to their personal safety cannot be accepted. 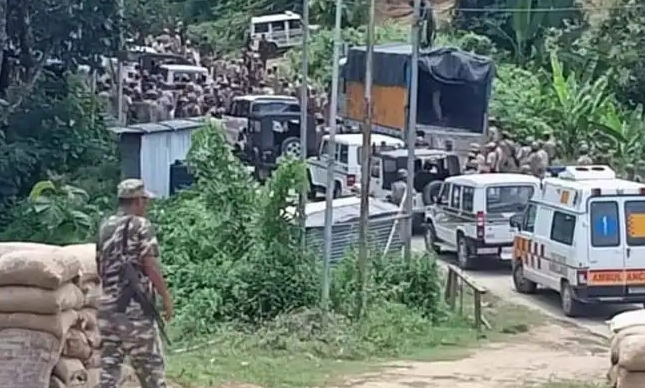 New Delhi: All vehicles entering Assam from Mizoram will be checked for “illicit drugs”, the Assam government said Thursday, days after six men of the Assam Police were killed in an unprecedented gunfight between the two police forces.

The statement follows an earlier advisory, also issued on Thursday, where the Assam government advised its people not to travel to Mizoram as any threat to their personal safety cannot be accepted.

Justifying its move to check vehicles from Mizoram, the Assam government said that within a span of two months, 912 cases have been registered and 1,560 persons arrested and huge quantities of illicit drugs confiscated, the NDTV reported.

A tweet by a senior Assam Police official, GP Singh, said the government was continuing its “offensive against drug cartels operating from Mizoram and beyond”. Mr Singh urged people to cooperate in the interest of the “Gennext of our country”.

“During the drive against illlicit drugs, it has been observed that most of the drugs were routed through Assam via Mizoram from across the border,” said the Assam order, adding this “trafficking of illicit drugs via Mizoram causes great concern and threat to society”.

“In order to check trafficking of illicit drugs, it is felt necessary to check all vehicles entering into Assam from Mizoram. Such vehicles will be thoroughly checked by personnel of Assam Police at the point of entry at all Assam-Mizoram borders,” said the order.

The vehicles, it said, will be released only after the officer concerned is satisfied that no drugs were carried in them.

While there has been no official reaction from the Mizoram government on the latest move by Assam, many social media users from the hill state have hit out claiming the move is intended for harassment of Mizoram residents who can access the rest of the country by road only through Assam.

The Assam-Mizoram border violence had started on Monday afternoon at the Inner Line Reserve Forest area of Cachar district. Later, each state had accused the local police of the other of intrusion and opening fire without provocation.