All six accused acquitted from sensational murder case of Agartala

Moreover, Dipak is a government employee while Smita is a practicing advocate and the investigation couldn’t find any direct evidence of their involvement in the killing. 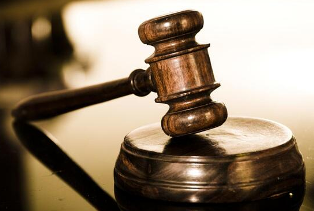 Agartala: With the acquittal of six accused lack of evidence in the sensational murder case of 50 -years old Shanta Saha in the VIP zone of Agartala in August 2015 by the trial court on Thursday sparked off a serious reaction and put a question to the investigation of Tripura police.

Earlier, in 2015 the prime accused the veteran editor of a vernacular daily was acquitted of the charge of a triple murder case in the newspaper office that happened in a broad daylight in July 2013 in a government quarter by the high court lack of evidence during the investigation.

After a long trial, the Additional Sessions court of West Tripura announced the judgment of the murder case acquitting all six accused persons – Dipjoy Saha and Bitanjoy Saha (sons of the deceased), Dipak Saha (husband of the deceased), Simita Chakraborty (nice of the deceased), Ranabir Lodh and Krishna Dey (two hired killers).

Based on the FIR of the deceased husband, an engineer with Tripura police Dipak Saha police had arrested two sons – Dipjoy Saha and Bitanjoy Saha followed by the accused two notorious characters, Ranbir and Krishna. Later, police arrested Dipak Saha and Simita Chakraborty suspecting they were also part of the conspiracy of the murder.

After three months, Dipak and Simita were granted bail by the high court on the ground that the police had submitted a charge sheet and the trial began. Except for drawing inferences from call history and WhatsApp messages, those indicated Simita was in a relationship with her cousin brother Dipjoy who was also married.

Moreover, Dipak is a government employee while Smita is a practicing advocate and the investigation couldn’t find any direct evidence of their involvement in the killing.

The police claimed that Dipjoy Saha, the elder son of the deceased had an illicit relationship with his first cousin Simita and the deceased Shanta Saha was not agreed to it and she forced her son to marry another.

A few days after the wedding Dipjoy was accused of torturing his wife compelled her to fly away to her parent’s house. To marry Simita Dipjoy along with his paramour and younger brother Bitanjoy in connivance with the deceased’s husband Dipak Saha killed her with the help of two anti-social.

During a long trial, the court recorded statements from 39 witnesses and examined the evidence. While passing the judgment, the court observed that the prosecution has miserably failed to prove the charges labelled against each of the accused persons.