All recruitments will be solely based on merit, pledges Biren 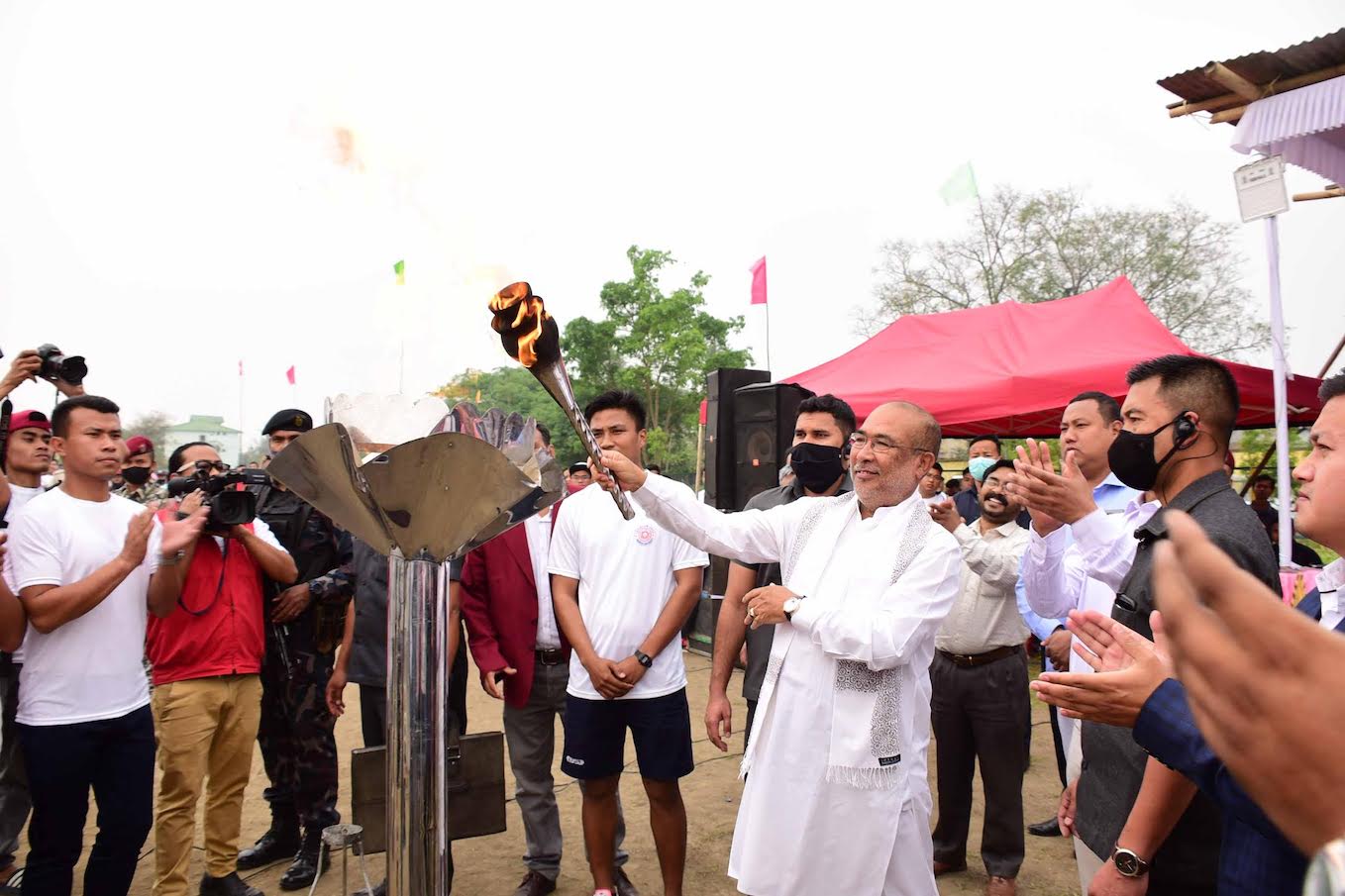 Imphal: Chief Minister N. Biren Singh has assured that there will be no corruption under the present government in any recruitment process and that recruitments will be conducted on merit basis only.

Speaking as the Chief Guest of the ceremony, the Chief Minister said that the Anti-Corruption Cell of the government has been strengthened and is now headed by an officer of the rank of IGP. Toll-free numbers have been made available to the public and the CM da Haisi Initiative has also been made a part of the Anti-Corruption cell, he said adding that anybody can send their evidence-based complaints to these numbers, so that actions can be taken up on the complaints within a set deadline.

He further appealed to the student community of the State against taking up agitations that could disturb the academic atmosphere, and asked the students to bring any issue or grievances to the government before launching an agitation.

The Chief Minister also spoke on the importance of including sports and culture in our curriculum and said that under the leadership and vision of Prime Minister Narendra Modi, what was extra-curriculum earlier has today become an integral part of our academic syllabus. The Chief Minister further talked about incorporating an annual sports meet schedule in the State and to discuss the same with the Education Minister.

The Chief Minister further stressed on the importance of conducting sports meets for students, especially inter-college, inter-school or inter-university and said that such meets would provide a common platform for students from different communities to interact, and encourage friendship among them, improve communication and eventually help in bringing unity among us.

Sports help us in developing a disciplined and healthy society, he said adding that a sportsperson carries the quality of forgive and forget.

Highlighting the importance of Manipur University in the State, the Chief Minister said that while formulating any developmental plan or programme of the State under the Niti Ayog, the government takes the suggestions of its faculty and experts.

Further maintaining that only disciplined societies are developed, he further highlighted the importance of including moral education at the university level.

The government is also making efforts to strengthen the higher education facility in the State to facilitate young students who cannot go outside for further studies, he said and added that construction of the IIIT is underway in the State and also has plans to develop an IIM in the near future. The government is also planning to bring universities of international repute to the State, he added. The Chief Minister also said that the process to set up Skill Development University is also in progress.

Announcing that the Assam Rifles camp would be shifted from the premises of Manipur University very soon, the Chief Minister said that the development of road and power facilities for the new Assam Rifles camp is nearing completion.

N. Biren Singh expressed his gratitude in participating in the opening ceremony of the Sports and Cultural Meet and prayed for the successful conduct of the Meet every year.

The Chief Minister also provided Rs.5,00,00/- (Rupees five lakhs) to the organizers of the meet from the Chief Minister’s Discretionary Fund. Altogether 12 contingents from different departments of the university took part in the March Past Parade.