The drone flight covered an aerial distance of 28 km in 23 minutes, which otherwise takes 4 hours to traverse a distance of 125 km by road. 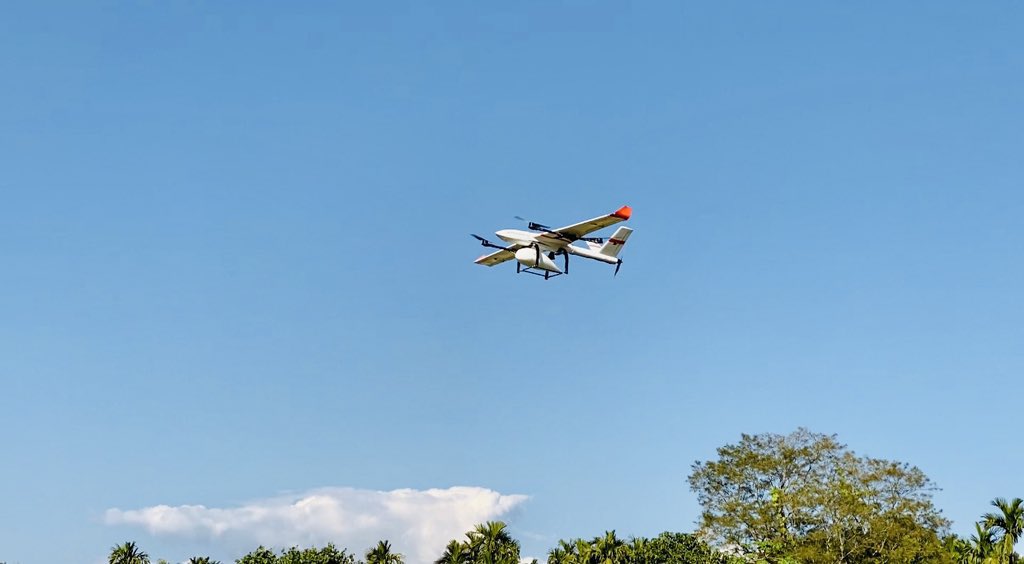 Itanagar: Arunachal Pradesh on Monday scripted a record of sorts on use of drone technology by launching, for the first time in the world, a drone-mediated livestock vaccine delivery service from Kangkong to Paglam in Lower Dibang Valley district.

This development comes nearly three months after the ‘successful’ launch of “Medicine from the Sky” – a drone-based healthcare services delivery on pilot basis by Chief Minister Pema Khandu on the occasion of 76th Independence Day from Seppa to Chayangtajo in East Kameng district.

“The world’s first experimental launch of drone technology for delivery of livestock vaccine from Kangkong in Parbuk circle to Paglam in Paglam circle was done today by Animal Husbandry, Veterinary and Dairy Development Minister Tage Taki in the presence of MLAs Gum Tayeng and Mutchu Mithi and other dignitaries,” an official release said.

The drone flight covered an aerial distance of 28 km in 23 minutes, which otherwise takes 4 hours to traverse a distance of 125 km by road.

Expressing delight over the latest development, Khandu wrote in his Twitter handle,“Launch of ‘Medicine From Sky’ has heralded a new dawn in Arunachal. Today for the first time livestock vaccines were delivered by drone from Kangkong to Paglam in Lower Dibang Valley district. The exercise was done with assistance of GoI and TechEagle Company. #Rising Arunachal.”

“Under the guidance of PM Narendra Modi Ji, drone is being harnessed in Arunachal to further ‘ease of delivery’ and encourage the culture of innovation. Today’s exercise is a remarkable step towards ensuring ease of life in tough terrains of Arunachal Pradesh,” the CM said.

Speaking on the occasion, Minister Tage Taki called it a historic event as drone technology has not been used before to deliver life-saving drugs in the veterinary sector.

He stated that the success of the experimental launch in the field level has paved the way for the further use of this technology in the sectors of agriculture, horticulture etc.

The Minister lauded the efforts of GOI, TechEagle and Animal Husbandry, Veterinary and DD department for the successful launch and called it “a feather in the cap for the department”.

He also advised the department to work hard in the delivery of services in all the far-flung areas and cautioned against any complaints regarding inaccessibility, with the introduction of the advanced drone technology in the field.

Joint Secretary, Dept of Animal Husbandry, Dairying & Fisheries, GOI, Upamanyu Basu emphasised that time taken between diagnosis to treatment should be the shortest, be it for a human or an animal, so the experimental delivery of vaccines for FMD and others should ease the worry of farmers.

He added that GOI is in the process of developing many more technologies which will aid the farmers in their work.

State’s Secretary (AH, Vety & DD) Bidol Tayeng stated that this experiment will be used to plan out the use of such technologies in the rural areas in the future.

“The constructive and civil use of drones is just the start, we will use such technologies in a large way in the future,” he added.