He also said about a plan to appoint a senior officer to be a single point of contact between the Supreme Court and the media. 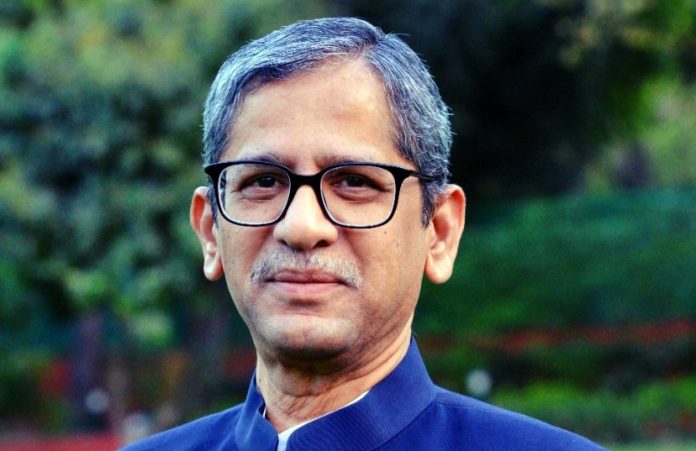 New Delhi: Chief Justice NV Ramana on Thursday said he was actively considering the proposal to live telecast the proceedings of the Supreme Court.

“I am actively considering the proposal to telecast live the proceedings of the Supreme Court. However, before initiating concrete steps in this regard, I plan to seek consensus among my colleagues in the Court,” the CJI said in a virtual meeting while launching a mobile app for mediapersons.

He also said about a plan to appoint a senior officer to be a single point of contact between the Supreme Court and the media.

Justice NV Ramana took a trip down memory lane and shared his experience as a journalist.

“I was a journalist for a brief time. At that time we did not have cars or bikes. We used to travel on the bus as we were directed not to avail conveyance of organisers of the event,” he said.

The CJI also highlighted another feature on the official website and mobile application of the Supreme Court.

This new feature, called “Indicative Notes” is aimed at providing concise summaries of landmark judgments in an easy-to-understand format. This will serve as a useful resource for media persons and the general public who wish to be better informed about the rulings of the Court. Thanks are due to my predecessor Justice Bobde for initiating this, he said.

“Apart from the above, concerning the media, I have given directions to further rationalize the policy of granting accreditation to media persons,” the CJI added.