6 dead in shooting at Australian property 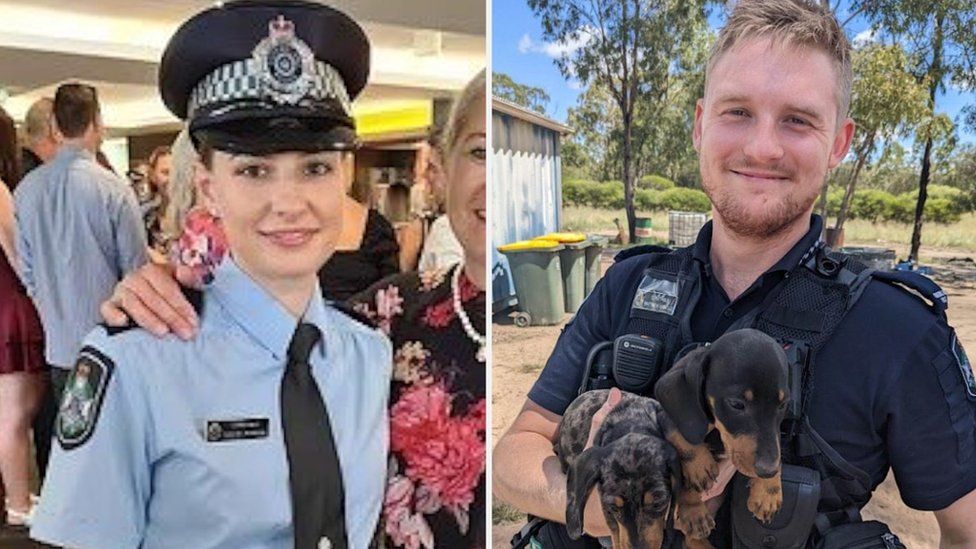 Melbourne: Six people, including two police officers, have been shot dead after a suspected ambush at a remote Australian property.

Police said they had been searching for a missing person in Wieambilla — 270km (168 miles) west of Brisbane, Queensland — when they were fired upon, BBC reported.

Four police officers — who are armed in Australia — initially went to the property on Monday afternoon after a request from New South Wales police.

Constables Matthew Arnold, 26, and Rachel McCrow, 29, were shot dead as they approached the property, the BBC reported.

Another officer suffered a “bullet graze” and the fourth escaped without physical injury, police said.

A neighbour, 58-year-old Alan Dare, was killed by the suspects after going to the property to investigate.

The siege involved “many weapons” and continued for hours, before the suspects — two men and a woman — were shot by specially trained officers, authorities said.

One was identified as Nathaniel Train, 46, a former school principal and the missing person police had been sent to check on.

The others were his brother Gareth Train, 47, and Gareth’s wife Stacey Train, 45, who co-owned the property.

Queensland Police Commissioner Katarina Carroll described the attack as an “unimaginable tragedy” and the force’s largest loss of life in a single incident in many years.