MSFDS secretary Sunzu Bachaspatimayum expressed his gratitude to the Ministry for honouring Manipuri Cinema by offering a complimentary stall and featuring a special section at the 53rd IFFI. 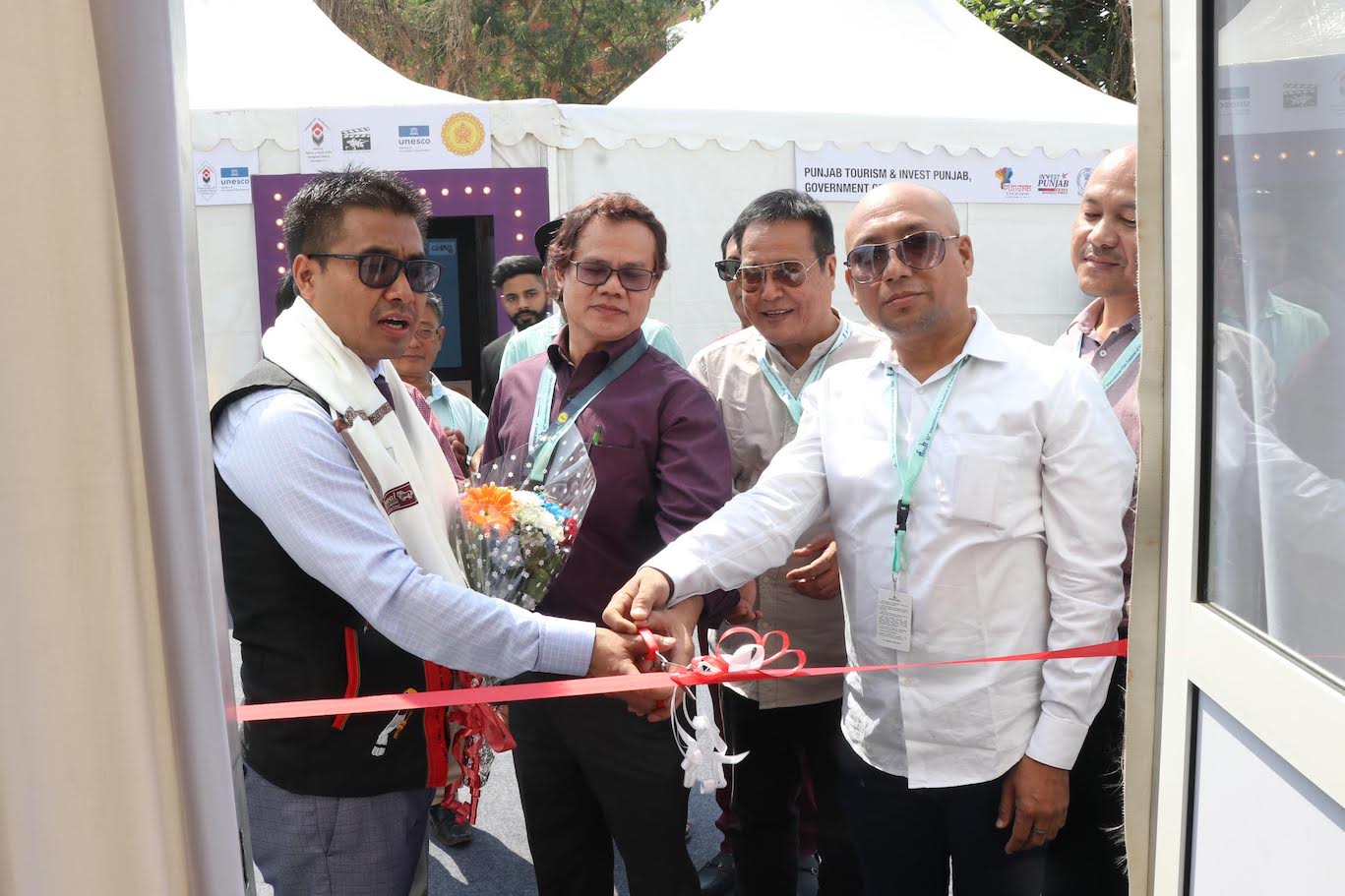 Panjim: The golden jubilee year of Manipuri Cinema is proving to be a turning point for Manipuri Cinema as Manipur Pavilion is being installed and featured for the first time at Film Bazaar, South Asia’s largest film networking platform held alongside the International Film Festival of India (IFFI).

At the Manipur Pavilion, Manipur State Film Development Society (MSFDS) secretary Sunzu Bachaspatimayum, Film Forum Manipur Chairman Laimayum Surjakant, DIPR Manipur staff and functionaries of Cine Artistes and Technicians Association (CATA) are giving a detailed look at how filmmakers or financers from outside the state and abroad must chose Manipur as their next film destination.

Notably, many filmmakers from cities like Mumbai have shown keen interest to collaborate with Manipur and to make Manipur their next shooting location.

It is worth mentioning here that as many as 12 states and at least 3 countries including Russia, France and Dubai are opening their stalls at the Film Bazaar. Remarkably, Manipur is being given a complimentary stall by the Ministry of Information and Broadcasting to mark the golden jubilee year.

MSFDS secretary Sunzu Bachaspatimayum expressed gratitude to the Ministry for honouring Manipuri Cinema by offering a complimentary stall and featuring a special section at the 53rd IFFI.

Against the backdrop of the NE states including Manipur pushing for tourism in their respective states, he expressed desire for the NE states particularly Manipur to understand the potential of filmmaking as a big business for earning revenue and income generation so that the much needed push for promoting films is exerted.

Deputy Secretary of Ministry of Information and Broadcasting, Armstrong Pame, who attended the Manipur Pavilion inauguration, said that the Ministry will study the possibility of setting up a regional office of Central Board of Film Certification (CBFC) in Manipur as proposed by the state government.

He also exhorted the Manipur delegates to highlight the film friendly aspects of Manipur to attract potential financers and collaborators.