Rescued migrants end up inside overcrowded reception centres across Libya, despite repeated international calls to close those centres. 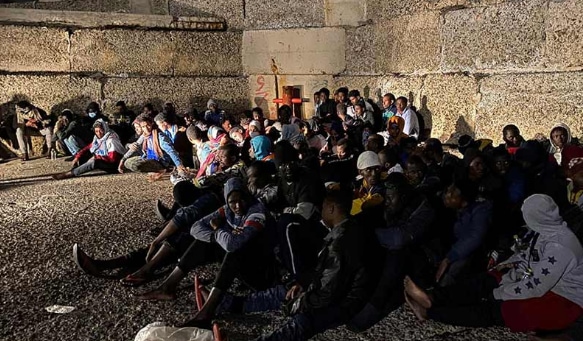 Tripoli: A total of 302 illegal migrants have been rescued at sea and returned to Libya, the United Nations High Commissioner for Refugees said on Friday.

The UN agency tweeted, “302 persons were intercepted/rescued at sea last night in three operations and were disembarked in Tripoli and in Zawiya.”

Among them were 50 women and 22 children, it said, adding the UNHCR and the International Red Cross have provided medical aid and relief items to all survivors.

Libya has been suffering insecurity and chaos since the fall of its late leader Muammar Gaddafi in 2011, making the North African country a preferred point of departure for illegal migrants who want to cross the Mediterranean Sea to European shores.

Rescued migrants end up inside overcrowded reception centres across Libya, despite repeated international calls to close those centres.