The archers undergoing training at the camp, organised at the SAI Training Centre on the NEHU campus, are practising for 10 hours a day ahead of the 10-16 November event 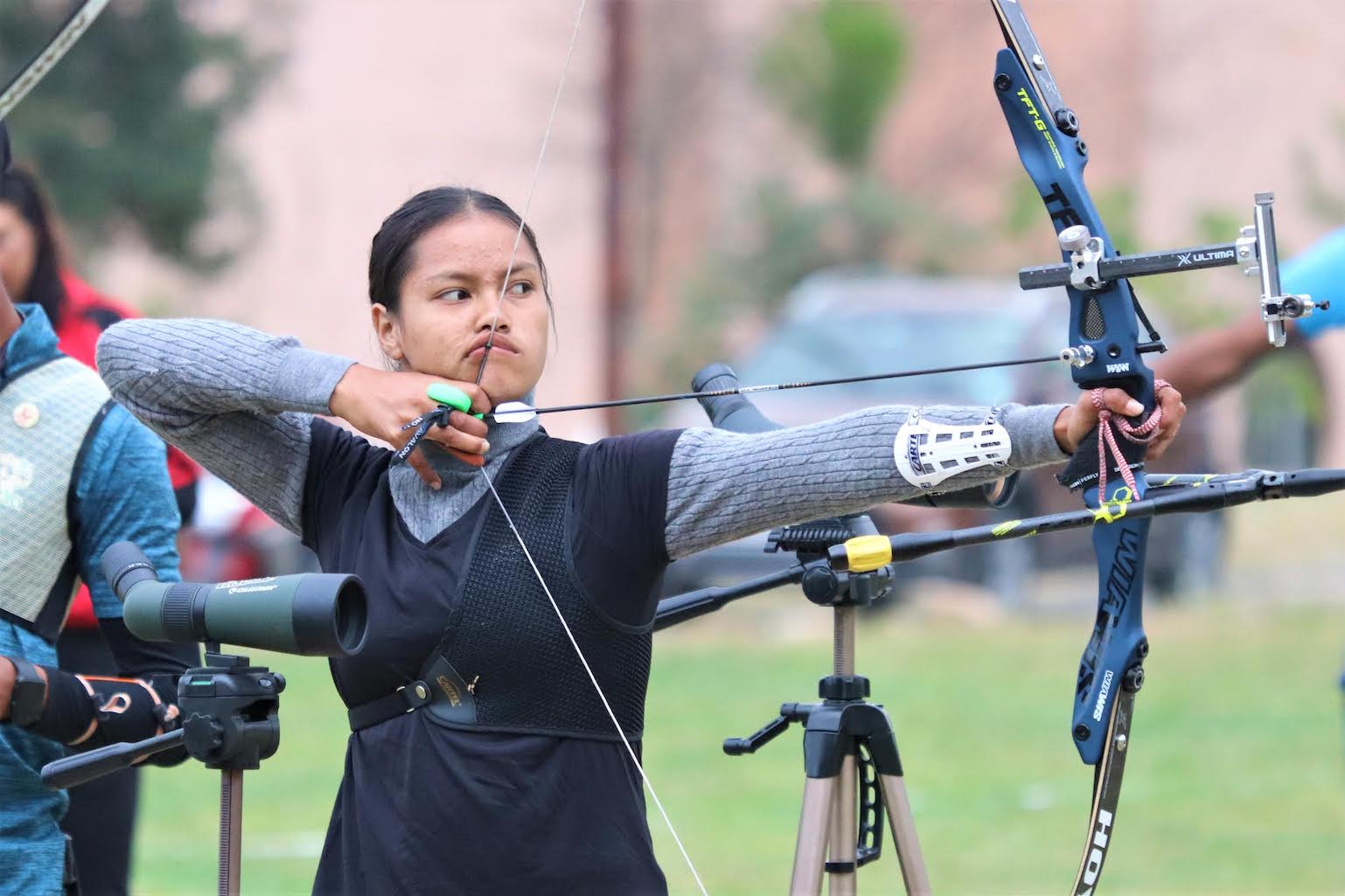 Shillong: With their eye firmly on the target ahead, Meghalaya’s archery team for the 2nd North East Olympic Games 2022 are engaged in strenuous training as they seek to earn glory for their state.

The archers undergoing training at the camp, organised at the SAI Training Centre on the NEHU campus, are practising for 10 hours a day ahead of the 10-16 November event, which will take place at the same venue.

There are three categories at the Games – compound, recurve and Indian round – each with their unique bows and and other characteristics.

Overseeing the archers is coach Bansaralin Dhar, who had represented India at the World Archery Championships and Asian Outdoor Championships before taking up coaching to develop local talents.

She expects Manipur, Assam and Nagaland to offer some of the stiffest opposition but also has high hopes for Meghalaya’s archers.

One of those to look out for is Damandashisha Pasi, who will have a busy few days in the run-up to the Games as she is currently taking part in the Junior National Archery Championship in Goa and will return to Shillong on Sunday.

“I am excited to go to Goa,” she said before her departure while thanking the Archery Association of Meghalaya for giving her the opportunity to travel there. “I hope to perform well there, come back and perform at the North East Olympics again, that’s my goal.”

The national championship is a big arena for the 19-year-old from West Jaintia Hills as it could lead to her getting a place in the Khelo India Scheme and even national team.

Success at the national level will also mean greater financial rewards from the Government of Meghalaya, which has enhanced the monetary awards in the last four years. In fact, Pasi was a recent recipient for being a medallist at this year’s 4th Meghalaya Games. “These types of awards really inspire us to do better and we can even begin supporting ourselves as sportspersons,” she said.

Thanks to the state government, the Meghalaya archery team have also received new state-of-the-art equipment. Coach Dhar welcomed these enthusiastically as a good bow can mean the difference between winning a medal and losing out.

“Archery really is a mental game. You have to learn to position your body well, breathe properly, aim but mental preparation and managing stress are also important. So much also depends on the bow. Even the arrows have to be tailored to each archer,” she explained. “Bows are very expensive but thanks to the Government and Sports Authority of India, even poor children can take up archery with us.”