ISRO sources said the launch will take place from the Second Launch Pad at the SHAR Range at 0543 hrs tomorrow morning. 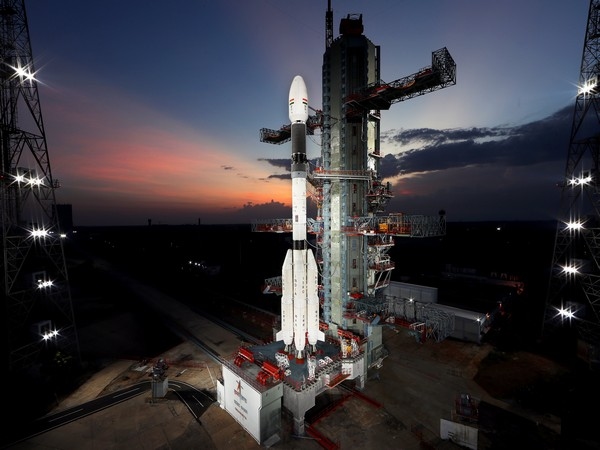 Chennai: The 26-hour countdown for the launch of the first state-of-the-art Earth Observation Satellite (EOS-03) onboard the GSLV-F10 rocket began at 0343 hrs at Satish Dhawan Space Centre (SDSC) SHAR, Sriharikota, on Wednesday. ISRO sources said the launch will take place from the Second Launch Pad at the SHAR Range at 0543 hrs tomorrow morning.

During the countdown, propellant filling operations were being carried out in the three-stage vehicle. This mission is the first flight of GSLV with 4m dia Ogive Payload fairing which can accommodate larger payloads. The 2,268 kg EOS-03 is the first state-of-the-art agile Earth observation satellite to be placed in a Geosynchronous Transfer Orbit by the 51.70 m tall GSLV-F10.

Subsequently, the satellite will reach the final geostationary orbit using its onboard propulsion system. With a mission life of ten years, the satellite would provide near real-time imaging of large area regions of interest at frequent intervals, besides quick monitoring of natural disasters, episodic events and any short term events.

It would also obtain spectral signatures for agriculture, forestry, water bodies as well as for disaster warning, cyclone monitoring, cloud burst/ thunderstorm monitoring etc., This will be the 14th flight of indigenous cryogenic stage, 79th launch vehicle mission from the SHAR Range and the 14th flight of GSLV. This will be the second mission for ISRO this year after the launch of Brazillian satellite Amazonia-1 by PSLV-C51 in February after its several launch missions were affected by the COVID pandemic.

The 2,268 kg EOS-3 or the Geo Imaging Satellite-1 (GISAT-1), will be the country’s first sky eye or earth observation satellite to be placed in geostationary orbit.

The satellite will keep a steady eye on the areas of interest (the satellite will move in sync with the rotation of the earth and hence would look stationary) unlike other remote sensing satellites placed in a lower orbit that can come to a spot only at regular intervals.

Originally the GISAT-1 was slated for launch on March five last year but was postponed at the last minute due to a technical glitch. Soon after the Covid-19 pandemic broke out and the subsequent lockdown delayed the mission. Due to the delay, the rocket had to be dismantled and cleaned up.

Subsequently, the GISAT-1 launch was slated for March this year, but due to problems in the satellite’s battery side, the flight got delayed.
With the replacement of the battery, the satellite and the rocket was readied for the mission when the second COVID wave led to further delay.