The last time he and his wife spoke to their son was Thursday afternoon, when Kartik was eating his lunch before he went to work. 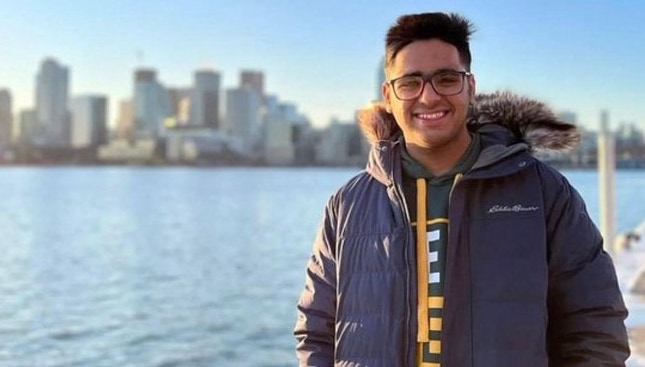 Toronto: A 21-year-old Indian student, Kartik Vasudev, was shot dead at a subway station in Toronto on way to work, becoming the latest victim of rising cases of homicide in Canada.

Kartik, a student of Global Management at Seneca College, Toronto, was shot dead on Thursday evening outside the Sherbourne TTC subway station while on his way to the Mexican restaurant where he worked. Police have not yet released information about a suspect or motive in the shooting.

His cousin, Gaurav, said in a tweet: ” My cousin brother Kartik Vasudev was shot dead at a subway station in Toronto yesterday. We still don’t know what happened. Toronto police has not told us anything.”

According to the police account, officers found Kartik slumped outside the station’s Glen Road entrance with multiple gunshot wounds around 5 p.m. on Thursday. The homicide squad is now handling the investigation. According to Homicide Canada, Kartik is the 19th homicide victim in Toronto since January this year.

Police said Kartik was given medical attention by an off-duty paramedic, before being rushed to hospital where he died of his injuries. The suspect in the shooting is a Black male standing five-foot-six to five-foot-seven inches tall with a medium build, according to reports.

External Affairs Minister S. Jaishankar expressed grief at the tragedy. “Grieved by this tragic incident. Deepest condolences to the family.”

The Indian High Commissioner Ajay Bisaria, said: “Shocked and saddened by this senseless killing of an Indian student in Toronto. Deepest condolences to the family of Kartik Vasudev.”

Seneca College, in a tweet, extended condolences at the death: “The Seneca community is saddened to hear of the tragic death of Kartik Vasudev, a first-semester Marketing Management student. “Our thoughts are with Mr. Vasudev’s family, friends and classmates.”

Kartik’s father, Jitesh Vasudev who stays in Delhi, is a broken man. “We have lost everything,” Jitesh Vasudev told the Star, speaking from the family’s home in Delhi.

“He was just trying to fulfil his dreams, it was his dream to come to Canada.” According to his father, Kartik had spent the last three years studying hard to be accepted into school in Toronto. When he got word last fall that he had been accepted to Seneca College to study global business management, he was elated.

He was particularly drawn to the safety and opportunities in Canada, his father said, adding: “We were talking with him two or three times a day, and he was so, so happy.” Kartik had made friends and had just gotten a part-time job at the Mexican restaurant just two weeks ago, Jitesh Vasudev said.

The last time he and his wife spoke to their son was Thursday afternoon, when Kartik was eating his lunch before he went to work. On Friday morning they heard that Kartik’s manager had called his roommate because he had not shown up for his shift.

Friends called police to report Kartik missing, and were able to identify his bag, which officers had found at the scene. Jitesh Vasudev then received the call from police that his son had died in hospital. “He was very polite, very sensitive, very loyal child. Everybody, family, friends, everybody loves him very much,” he said.

“I don’t know what happened, but I’m trying to find out with the local police, please tell me what happened to my son.” “He was just going to his job, for his daily routine,” he said. They are hoping to bring back his remains soon, Jitesh Vasudev said.