In the meantime, the body of an unidentified man, who appeared to be a non-tribal from his facial look, has been recovered from Furak river – a tributary of the Kumey river 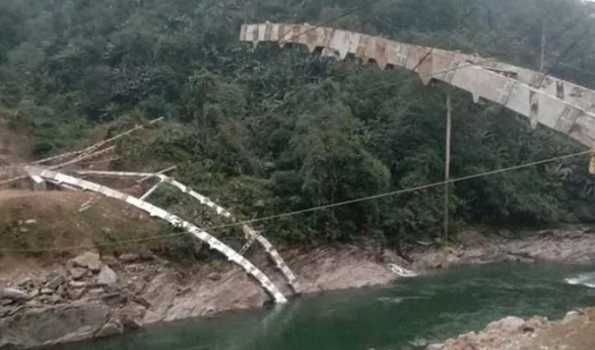 Itanagar: Nineteen road construction workers, engaged in a BRO road building project in remote Kurung Kumey district of Arunachal Pradesh bordering China, have gone ‘missing’ for more than two weeks now and their whereabouts are not known to the police and the administration, official sources said on Tuesday.

In the meantime, the body of an unidentified man, who appeared to be a non-tribal from his facial look, has been recovered from Furak river – a tributary of the Kumey river – at a remote location in the district, Kurung Kumey Deputy Commissioner Nighee Bengia said.

The labourers were engaged in the construction of a BRO road from Damin to Huri.

Confirming receipt of a ‘missing report’ from BRO contractor Bengia Bado on July 13 to the effect that 19 of 30 workers had fled from the labour camp at Damin, about 200 km from the district headquarters, Koloriang, on July 5, the DC said, “Though the police are investigating the matter since the13th, they are entirely clueless about this case till date.”

He said there are two-three sub-contractors from Assam working under the BRO contractor who reportedly brought the labourers from the neighbouring state.

Regarding the recovery of the unknown body, Bengia said, a police team along with an executive magistrate has been sent for the inquest to the place of occurrence (PoO), located between Huri and Rupa villagse, about 170 km from the district HQs.

Further, a medical team has been sent to the spot to carry out the postmortem because it would be quite difficult for them to carry the mutilated body back to Koloriang, the DC said.

The official said, a clear picture of whether the recovered body was that of one of the 19 missing persons would emerge once the police, magistrate and medical teams reach the district headquarters. The exact reason why the migrant labourers fleeing from their camp was not known yet, he added.