Youth protest against Agnipath, don’t get misled: UP CM

Agniveers will be given an attractive customised monthly package along with Risk and Hardship allowances as applicable in the three services. 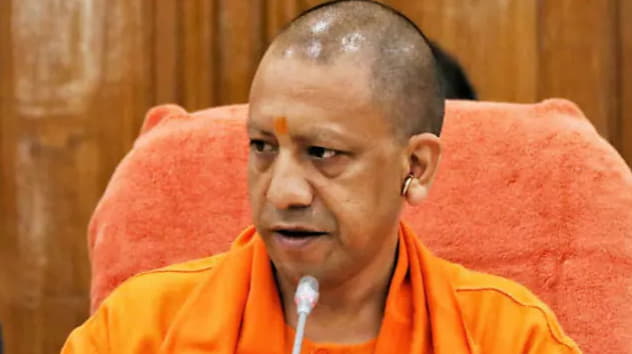 Lucknow: Even as Uttar Pradesh Chief Minister Yogi Adityanath appealed to the youth not to get misled, protests were held in different districts of the state against the ‘Agnipath Scheme’ launched by the central government on Thursday.

Yogi tweeted, “Agnipath Scheme will give a new dimension to your life as well as give a golden base to the future. Don’t get misled by anyone.”

The Chief Minister tweeted, “As per the intention of the Prime Minister, ‘Agnipath Scheme’ will prepare the youth for the service of the nation and society and give them an opportunity for a proud future.”

Meanwhile, in Bulandshahr, the youth preparing for recruitment in the Armed Forces held a protest against the scheme at the Bhur crossing and Khurja bus stand and waved the national flag.

Describing the Agnipath scheme as playing with the career and future of the youth, they said that no one was concerned about how Agniveer, who retires after only four years of service, will get employment.

The protesting youth said they were preparing for recruitment for the last several months, but after announcing the Agnipath scheme the government has destroyed their future.

Senior Superintendent of Police (SSP) Shlok Kumar said that some youth took to the street and indulged in sloganeering, but they were convinced and sent back. He said there was no information about the demonstration and dharna elsewhere, police were on alert and maintaining a close vigil.

In Agra, the youth held protests at different places and vandalised a bus in Bah. The protest, which started at the Army Recruitment Office in the Sadar area, spread to other parts of the city. The protestors also blocked the Agra Lucknow expressway.

The protestors also blocked the MG Road leading to traffic jams. Senior officers reached the spot and held talks with the protestors, during which the youth said the Central government should withdraw the scheme by June 20, otherwise they will march towards Delhi.

Defence Minister Rajnath Singh on June 14 unveiled the Agnipath scheme, which aims to transform the armed forces, bringing down the average age of the soldiers from around 32 years now to 26 years in the next six-seven years.

According to the scheme, up to 25 per cent of Agniveers are to be selected as regular cadres based on a central, transparent system after four years and 100 per cent of candidates can apply on a volunteer basis to enrol in the regular cadre.

Agniveers will be given an attractive customised monthly package along with Risk and Hardship allowances as applicable in the three services.