La Ganesan said, youth should be motivated to understand their role towards nation building and their contributions should be acknowledged by all. 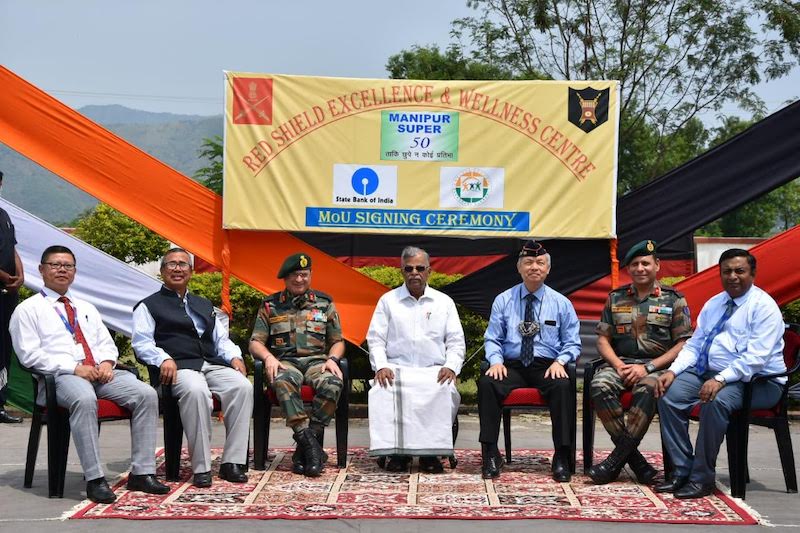 Imphal: Manipur Governor La. Ganesan has said that youth are the building blocks of a nation and their role in nation building is equally important as of other stakeholders.

Speaking at the ‘Manipur Super 50’ Memorandum of Understanding (MoU) Signing Ceremony held Saturday at the auditorium of Red Shield Division, Leimakhong in Kangpokpi district, the Governor said, youth should be motivated to understand their role towards nation building and their contributions should be acknowledged by all.

La. Ganesan while motivating the students and cadets present in the ceremony said all should follow the works of our great leaders who had contributed a lot for our freedom. He said, youths of today should follow the footsteps of our ideal leaders like Mahatma Gandhi, Netaji Subhas Chandra Bose etc. who had contributed tremendously for the nation.

Appreciating the team for conceptualizing ‘Red Shield Centre of Wellness and Excellence’ to transform the lives of students from humble background Governor said, no cause is nobler than to bring sunshine in the lives of the children who have not been able to optimize their caliber and talent due to economic conditions as well as lack of access to high quality education facilities.

He further said the inadequacy of quality educational mentoring infrastructure is a major disadvantage for students in the state especially from semi rural and rural provinces while aspiring for higher educational qualifications at the national level.

This initiative will be able to create a feeling of mental and social well-being amongst parents and their children by providing quality education thus catering for a better life and evolving responsible citizens for our country, he added.

General Officer Commanding, 57 Mountain Division, Major General Navin Sachdeva said, 50 students will be selected under the programme and they will be provided quality coaching and education for IIT/JEE, NEET etc.

He said, the centre which will be opened in Bishnupur Battalion will remain as instrumental for bringing a progressive and inclusive society. Lt. Gen. (Retd.) K. Himalay and Lt. Gen. (Retd.) L. Nishikanta attended among others in the ceremony. The MoU was signed by Brigadier Ved Beniwal, Dr. Rohit Srivastava, Managing Trustee and CEO, NIEDO and a representative of SBI.