You’re to blame for Khashoggi: Biden to Saudi Prince

According to BBC, Biden is in Saudi Arabia to rebuild relations, having previously promised to make the country a "pariah" over its human rights record. 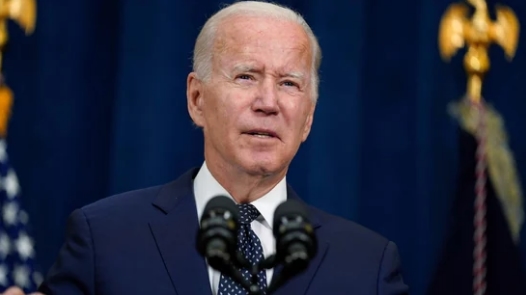 Washington: US President Joe Biden has said that he told Saudi Crown Prince Mohammed bin Salman that he held him responsible for the murder of journalist Jamal Khashoggi.

Biden’s visit to Saudi Arabia has been criticized as it validates the Saudi government following the murder of the Washington Post journalist who was killed in 2018 when he walked into the Saudi Consulate in Istanbul.

The US intelligence agencies have accused the Crown Prince of approving the murder though he has denied the allegations. The Saudi prosecutors had blamed the “rogue” Saudi agents for the murder.

According to BBC, Biden is in Saudi Arabia to rebuild relations, having previously promised to make the country a “pariah” over its human rights record.

Following the visit, the President said at a briefing on Friday: “With respect to the murder of Khashoggi, I raised it at the top of the meeting, making it clear what I thought of it at the time and what I think of it now. And it was exactly — I was straightforward and direct in discussing it. I made my view crystal clear. I said very straightforwardly: For an American President to be silent on an issue of human rights, is this consistent with — inconsistent with who we are and who I am? I’ll always stand up for our values.”

He further said that though the crown Prince had “basically said that he was not personally responsible for it, “I indicated that he probably was.”

“He (Crown Prince) said he was not personally responsible for it and he took action against those who were responsible. And — and we — and then I went on to talk more about how that dealing with any opposition to the — or criticism of the Saudi administration in other countries was viewed as, to me, a violation of human rights.”

Ahead of the meeting, Biden was pictured fist-bumping with the Crown Prince.

Following this, Khashoggi’s fiancee, Hatice Cengiz slammed the President and said, “Is this the accountability you promised for my murder? The blood of MBS’s next victim is on your hands.”

Bengaluru: Bengaluru will host the 14th edition of Aero India, the largest aero exhibition in Asia, beginning on February...
Nation