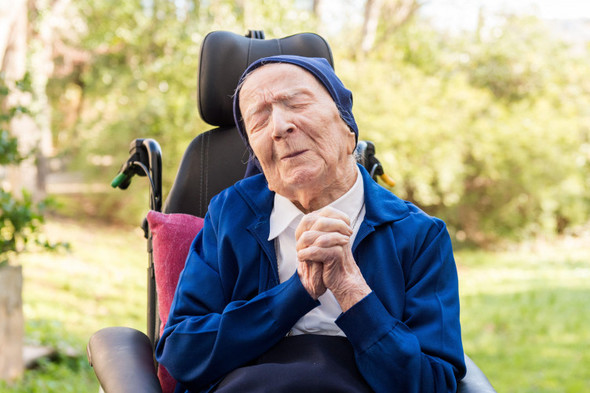 Washington: Lucile Randon, a French nun and the world’s oldest known person, died peacefully in her sleep at the age of 118, AFP reported, citing a Sante-Catherine-Laboure nursing home spokesperson.

“There is great sadness but… it was her desire to join her beloved brother. For her, it’s a liberation,” spokesman David Tavella is quoted as saying in a statement on Tuesday.

Random was raised Protestant alongside three brothers in southern France. At the age of 26, Randon converted to Catholicism, later joining the Daughters of Charity as a nun at the age of 41.

Randon notably survived a bout of COVID-19 in 2021 despite her old age. Randon has rejected requests to test her DNA, stating that “only the good Lord knows” the secret of her longevity, the report said.

The record for oldest confirmed age reached by a human belongs to Jeanne Calment, also of southern France, who died in 1997 at the age of 122.