The nine nuclear-armed states, including India and Pakistan, continue to modernise their nuclear arsenals and though the total number of nuclear weapons declined slightly between January 2021 and January 2022 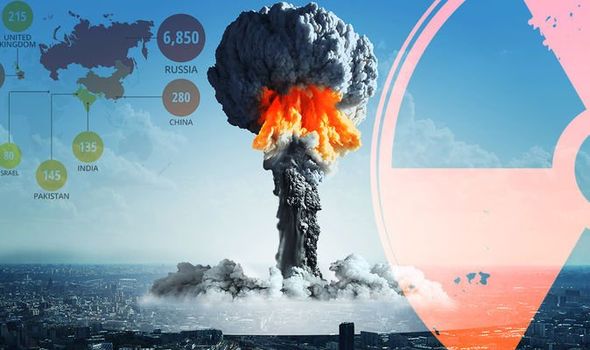 Stockholm: The year 2021 saw a marginal decrease in the number of nuclear warheads but nuclear arsenals are likely to increase in the coming decade since the Cold War, according to the Stockholm International Peace Research Institute (SIPRI) report released on Monday.

It said, “There are clear indications that the reductions that have characterized global nuclear arsenals since the end of the cold war have ended.”

It pointed out that the nine nuclear-armed states, including India and Pakistan, continue to modernise their nuclear arsenals and though the total number of nuclear weapons declined slightly between January 2021 and January 2022 , the number will probably increase in the next decade.

Wilfred Wan, Director of SIPRI’s Weapons of Mass Destruction Programme, said, “All of the nuclear-armed states are increasing or upgrading their arsenals and most are sharpening nuclear rhetoric and the role nuclear weapons play in their military strategies. This is a very worrying trend.”

“If the nuclear-armed states take no immediate and concrete action on disarmament, then the global inventory of nuclear warheads could soon begin to increase for the first time since the cold war,” said Matt Korda, Associate Researcher with SIPRI’s Weapons of Mass Destruction Programme and Senior Research Associate with the FAS Nuclear Information Project.

According to CNN, the report comes amid growing Western concerns over efforts by both China and North Korea to expand their nuclear capabilities.

The US suspects that North Korea is preparing to conduct its seventh nuclear test soon.

SIPRI said, “North Korea continues to prioritize its military nuclear program as a central element of its national security strategy…the country’s inventory of fissile material is believed to have grown in 2021.

“The country’s inventory of fissile material is believed to have grown in 2021, to perhaps enough to produce 45–55 warheads.

However, SIPRI reported that China is “in the middle of a substantial expansion of its nuclear weapon arsenal”.

According to SIPRI estimates, the US and Russia remain the world’s largest nuclear powers, with 3,708 and 4,477 nukes respectively, while China has 350, France 290 and Britain 180.

China’s warhead count has increased in recent years, up from 145 warheads in 2006.