Organized by the District Administration, the event witnessed the attendance of various Government officials belonging to different Departments, top NAB officials, CSO stakeholders and people from various villages of the district. 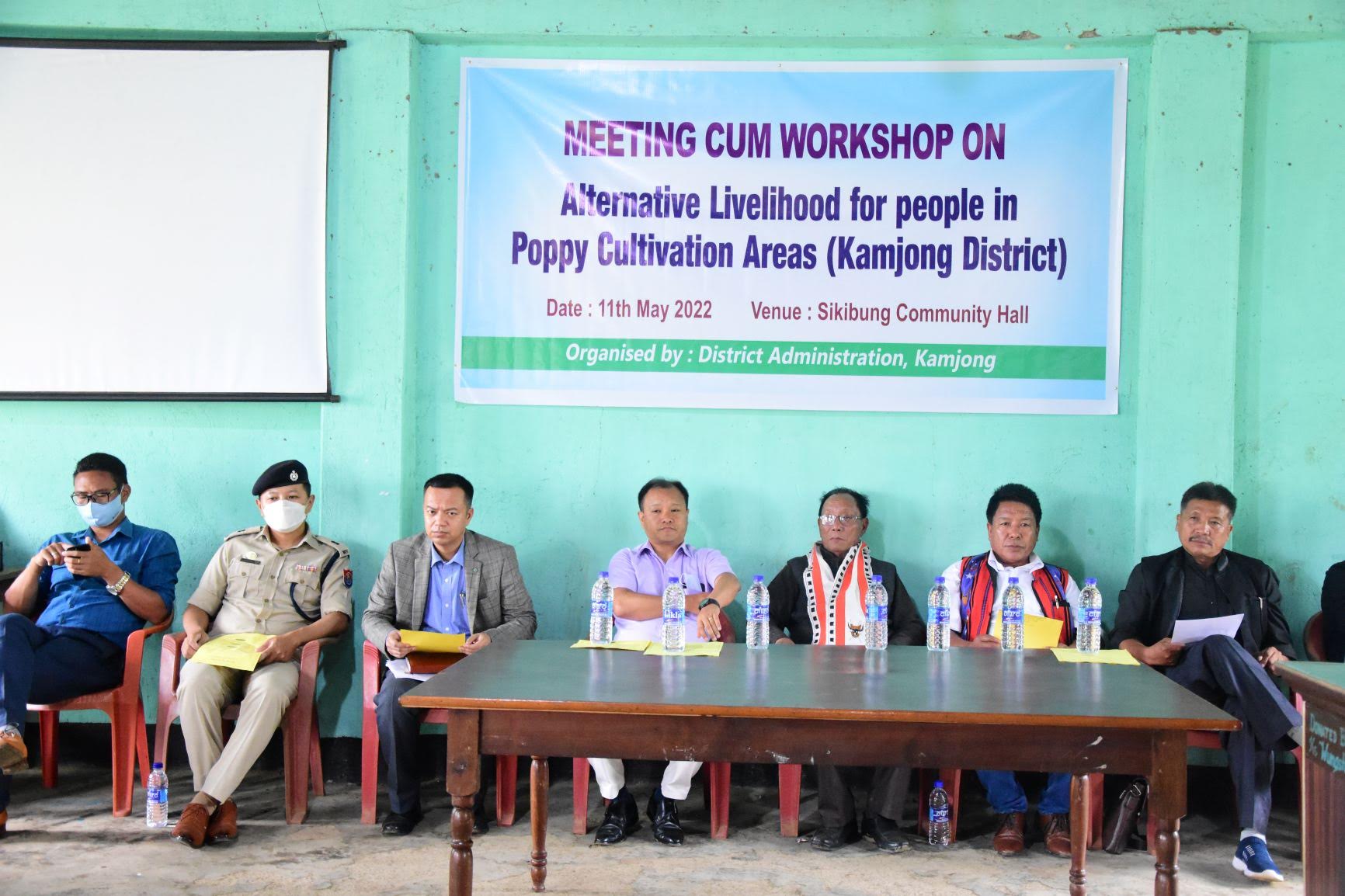 Organized by the District Administration, the event witnessed the attendance of various Government officials belonging to different Departments, top NAB officials, CSO stakeholders and people from various villages of the district.

President of TNL,  David K. Shimray; President of EKCA,  Jamkholun Haokip and Rev. Executive Secretary, STNBA Daniel Kashung were some of the prominent CSO leaders who participated in the workshop today.

Deputy Commissioner of Kamjong, Rangnamei Rang Peter, while giving the keynote presentation of the event, said that the State Government led by Chief Minister has been taking up the issue of widespread poppy cultivation very seriously and solving this problem has become its top priority.

The drive has become stronger than ever before in the past few weeks. Having said that, the Government cannot alone fight this menace. Equal and similar responsibility and commitment are also needed from the side of the public and CSOs, he added.

They can take a big role in raising awareness to the villagers about the harms of poppy cultivation and the need to resolve to other livelihood options for a better future. The Kamjong DC further added that today was just a beginning of a massive awareness drive and similar workshops will be held in various sub-divisions and also on village levels. He expressed his appreciation to all the CSOs, villagers and district level Government officials of different Departments for taking such a keen interest to this serious societal issue.

Later, in the technical sessions of the workshop, Additional SP  NAB Sachidananda Soibam, gave a detailed PPT presentation on “the legal aspects and implications of poppy cultivation”. He cited that a total of 6742 acres of land (as per 2021-22 records) belonging to nine districts of Manipur have been affected by poppy cultivation, thereby giving grave environmental, social, economic, demographic and ethical and religious impacts. There are only negative outcomes from cultivating poppy and even not a single positive one. Its cultivation has caused huge ecological impacts such as massive deforestation and rendering infertility to the soil. Moreover, the chemicals and a large amount of salt used in the cultivation have caused polluted the streams and rivers with poisonous substances causing a serious health hazard to the public.