Work on Ibudhou Marjing Complex to continue even after Sangai Festival: Manipur CM

N Biren Singh observed that with the grace of Ibudhou Marjing, “we are today able to organize horse riding and demonstration of Arambai”. 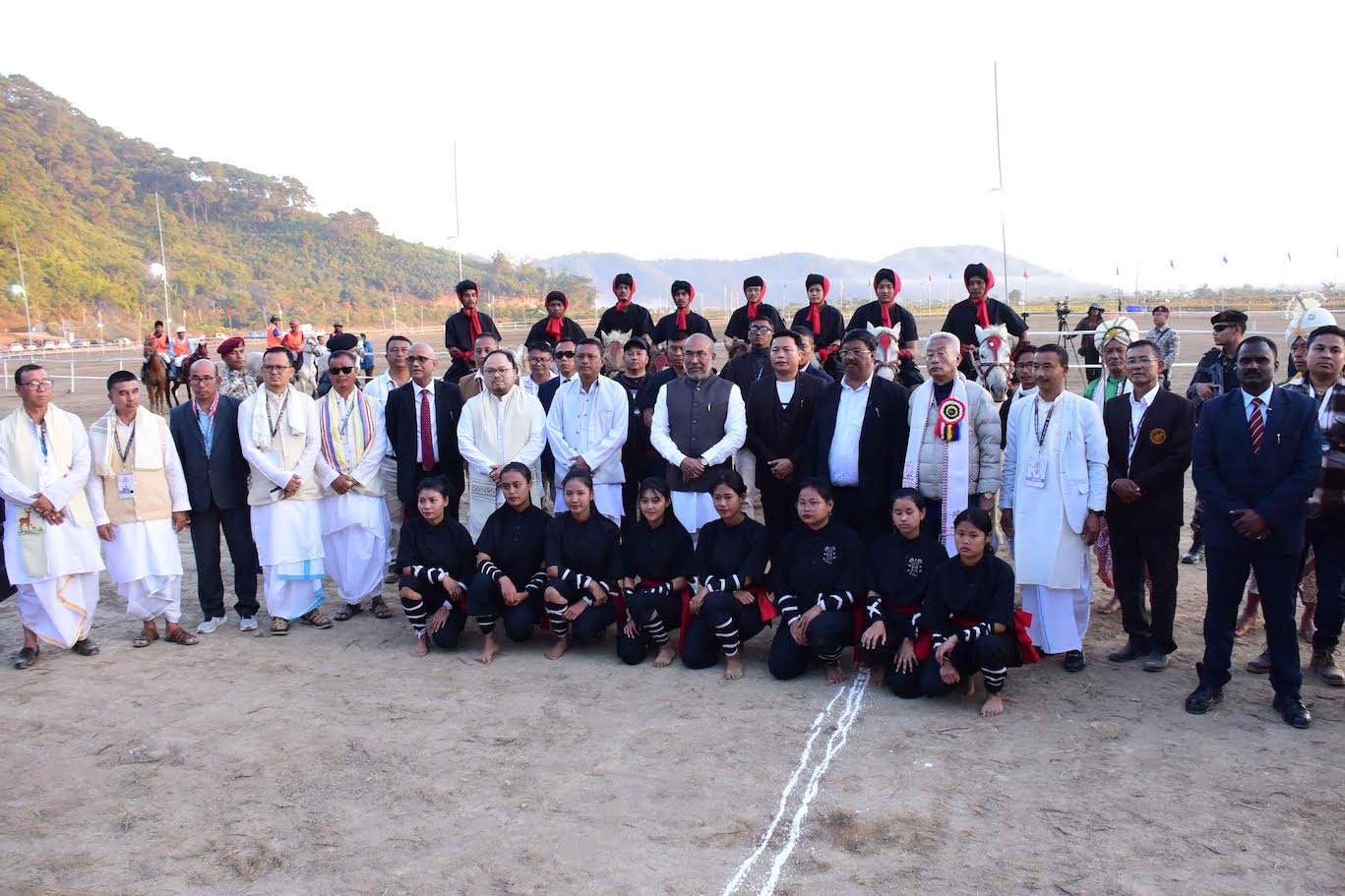 Imphal: Efforts to develop Ibudhou Marjing Complex at Heingang into a world-class tourist spot will continue even after the Manipur Sangai Festival, said Chief Minister N. Biren Singh Friday. There is much more to be done including expansion of the field, ground leveling, he added.

Speaking as the Chief Guest of the Evening Function of Manipur Sangai Festival, 2022 at Ibudhou Marjing, Heingang, the Chief Minister observed that with the grace of Ibudhou Marjing, “we are today able to organize horse riding and demonstration of Arambai”.

“We have also constructed permanent structures and traditional huts at Sangai Ethnic Park, Moirang Khunou and these huts will be further developed by including kitchens or bathrooms to utilize them as homestays for tourists”, N. Biren said.

The Chief Minister highlighted various measures taken up for the preservation of the indigenous pony and said around 14-15 acres have already been developed as grazing ground on the other side of the hill on the Pangei side and at the same time another 30 acres have been allocated at Lamphelpat for preservation works of the pony.

With support and cooperation of the people, we are successfully running the Manipur Sangai Festival, the Chief Minister said.

The theme of this year’s edition of the Manipur Sangai Festival is ‘Festival of Oneness’, N. Biren Singh said, before expressing happiness that the festival is held at various venues across the State and that all communities of the State are participating in the festival.

The Chief Minister also lauded and appreciated the officials, and security personnel involved in the smooth organizing of the festival and said new initiatives regarding security have also been introduced including the Mounted Police (Sagol Police), and Tourist Police, who are there to guide the tourists. At the same time considering the safety of the women, we have placed around 100 women commandos at various venues, he added.

During the event, the Chief Minister also flagged off a horse race. An arambai throwing demonstration was also part of the event. The Chief Minister and other dignitaries who were visibly elated with the Arambai demonstrations handed financial rewards to the horse riders. N. Biren Singh also released a leaflet titled “The Sacred Place of Ibudhou Marjing”.

Delegates from Myanmar and Japan who were visiting to witness the Manipur Sangai Festival were also feted during the event.