She appealed to women voters to come forward and ensure free, fair and peaceful voting in the constituency to strengthen the festival of democracy. 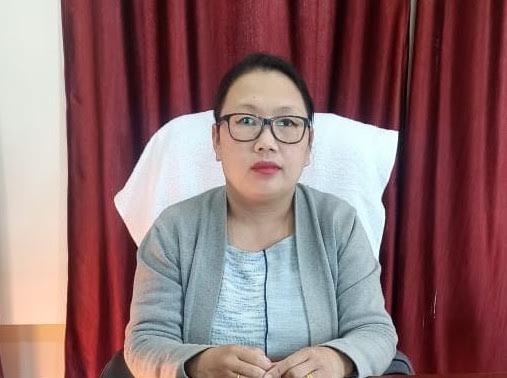 She appealed to women voters to come forward and ensure free, fair and peaceful voting in the constituency to strengthen the festival of democracy.

Despite being an urban constituency, voter turnout in Uripok AC, in the past elections, has been unsatisfactory, she stated appealing to all electors, particularly the women electors, to come out in large numbers to exercise their voting rights. She said this time the voter turnout could be higher considering the increasing trend of women’s participation in the electoral process. Voter turnout in Uripok AC in the 2017 Assembly election was 83.93 percent.

10/25-Uripok Bachaspati Leikai with 1119 electors has the highest number of electors and 10/19-Uripok Yambem Leikai with just 387 electors is the polling station with the lowest electors in the constituency.

A total of 160 polling officials will be utilized in the 35 polling stations of the constituency, which are divided into three sectors with one Sector Officer controlling a sector each, she said.

As of date, 94.52 percent of the electors in the constituency have received at least one dose of COVID-19 Vaccine and 87.89 percent have received a second dose.

Deputy Chief Minister and sitting NPP MLA of the constituency Yumnam Joykumar Singh along with three others are in the fray for 10-Uripok AC seat. The other three are Khwairakpam Raghumani Singh of the Bharatiya Janata Party, Nunglepam Mahananda Singh of the Indian National Congress and Khombongmayum Suresh Singh of the Janata Dal (United).

In the first State Legislative Election in 1972, Moirangthem Meghachandra of Communist Party of India became the first Member of the Manipur Legislative Assembly from the Uripok AC by defeating Khaidem Rajmani of the Indian National Congress. Meghachandra retained the seat in the 1974 election.

However, in 1990, Paonam Achou contesting on an Indian Congress (Socialist-Sarat Chandra Sinha) party ticket lost to Takhellambam Gunadhwaja Singh of the INC.

In 2007, Nandakumar retained the seat defeating his rival Achou who fought the election on MPP ticket. Nadakumar completed his hat-trick of wins by defeating Independent candidate N Dwijamani Singh in the 10th Assembly election, 2012.

It may be mentioned that other than Nameirakpam Nodiachand, who was elected in 1995, every other elected member from the 10-Uripok AC have been minister in the State cabinet.