Who is Bhupendra Patel?

While several names were being speculated upon as the new Gujarat chief minister, including those of union minister Mansukh Mandaviya, and Rupani's deputy chief minister Nitin Patel, the decision to pick Patel came as a surprise. 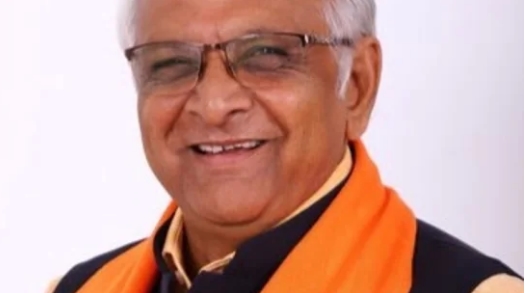 Ahmedabad: BJP MLA Bhupendra Patel, a little known leader outside Gujarat who was elected unanimously as the successor to Vijay Rupani for the top post in the state, is known to be a close aide of former chief minister Anandiben Patel.

While several names were being speculated upon as the new Gujarat chief minister, including those of union minister Mansukh Mandaviya, and Rupani’s deputy chief minister Nitin Patel, the decision to pick Patel came as a surprise.

Patel fought from the Ghatlodia seat with a margin of over 1,17,000 votes against Shashikant Patel from the Congress party. The seat was earlier held by former Gujarat chief minister Anandiben Patel who resigned and later was appointed as a governor.

He belongs to the Patidar community, an economically and politically influential group in Gujarat which is electorally important in the state. Shift of the votes of this community from Congress to the BJP has been called by experts a key factor in BJP continuing in power in the state.

In 2015, Gujarat witnessed agitations by the Patidar community to identify them in the Other Backward Class category. BJP’s seats decreasing in the 2017 assembly polls was seen a fallout of the agitation, even though BJP retained power.

Bhupendra Patel is a first-time MLA. Earlier, he has served in the local municipal bodies, also serving as a municipal councillor in Ahmedabad.

He has also served as the chairman of a Standing Committee of Ahmedabad Municipal Corporation and also the Chairman of Ahmedabad Urban Development Authority (AUDA).

Patel also has a long association with the Rashtriya Swayamsevak Sangh.

While several names were doing rounds, Nitin Patel, who was also among those being said to be in the race, had said a final decision will be taken by the top leadership of the party – Prime Minister Narendra Modi and Home Minister Amit Shah.

Shah also congratulated the newly selected CM candidate, and said Patel would work under the guidance of PM Narendra Modi.

“I am confident under the guidance and leadership of PM Narendra Modi, the state’s development journey will continue with new energy and momentum,” Shah said in his congratulation message.

In a surprise move, Gujarat Chief Minister Vijay Rupani resigned on Saturday as Chief Minister of the state leaving questions over who could be his successor.

Rupani, 65, represents Rajkot West assembly constituency. He had taken over as Chief Minister of Gujarat in August 2016 when Anandiben Patel had quit the office in the wake of agitation by Patidar community leader Hardik Patel.