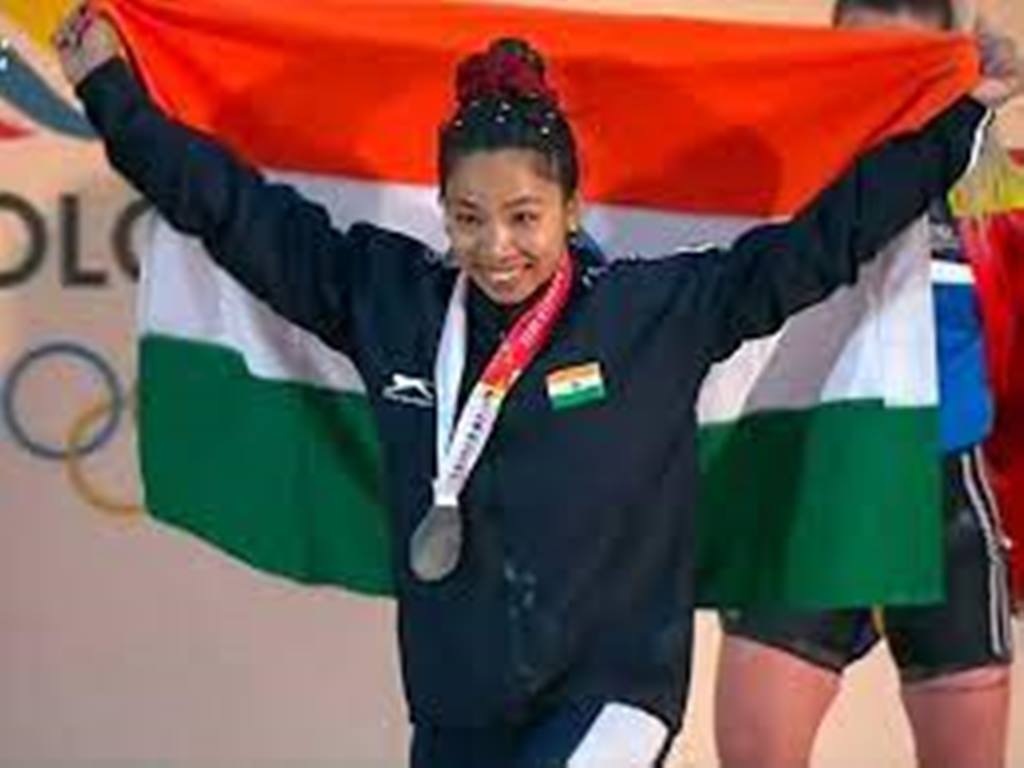 She lifted a combined weight of 200 kg (87kg in snatch and 113kg in clean and jerk). This was Mirabai’s first international event since winning the gold in Commonwealth Games in August.

Mirabai earned the biggest cheer of the night from the crowd at the Gran Carpa Américas Corferias when she made a remarkable ‘save’ from a seemingly impossible position on her third snatch attempt.

She appeared to have lost her balance and looked sure to hit the platform on her knees, yet somehow she kept her footing and made the lift. Some of the technical officials joined in the applause.

This was Mirabai’s second medal at a Worlds after having earlier won gold in the 2017 World Championships, with a lift of 194kg (85kg plus 109kg). She had finished fourth in the 2019 edition.

The world championships are the first in the series of qualifying events for the Paris 2024 Olympic Games. The weightlifters competing in the 10 Olympic weightlifting categories (five men and five women) will be able to accumulate crucial Olympic Qualification Ranking (OQR) points based on their performances at the world championships.

According to the Paris Olympics qualifying system, Athletes (including those from the host country and those who may be eligible for the Universality quotas) must participate in the 2023 IWF World (Senior) Championships 2023) and 2024 IWF World Cup 2024.

The weightlifters competing in the 10 Olympic weightlifting categories (five men and five women) will be able to accumulate crucial Olympic Qualification Ranking (OQR) points based on their performances at the world championships.

The OQR will be based on the best total results (snatch + clean and jerk) the athletes manage to lift in the qualifying competitions. The top 10 athletes based on OQR, which will have one highest-ranked athlete per country in each weight category, will be allocated Olympic quotas after the qualification cycle ends in April 2024.

Each National Olympic Committees (NOCs) will only be able to qualify one athlete per weight class, and three per gender across all weight categories – down from four each at Tokyo 2020.

For each weight category established at Paris 2024, a maximum of 12 athletes will compete – two less in each category than Tokyo 2020.