Weekend lockdown to continue in Pune; mandatory negative RT-PCR for entry from other states

Furthermore, all the earlier orders issued last month on imposing restrictions in the city will continue till June 1, he said. 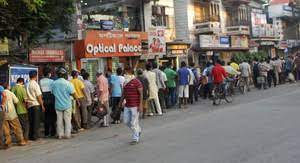 Pune: Despite witnessing a slight slowdown in the spread of coronavirus, the Pune Municipal Corporation (PMC) has decided to continue with the weekend lockdown along with other pandemic-related restrictions.

Also, a negative RT PCR test has been made mandatory for any person entering the civic jurisdiction from other states till June 1, however, since the RT PCR test facility is not available at all the entry points of the city, citizens will have to get it done at the place they are coming from.

In an order issued here, Municipal commissioner Vikram Kumar said that the state government has extended implementation of restrictions on public movement in the state till June 1 and the same will be implemented in civic jurisdiction.

Furthermore, all the earlier orders issued last month on imposing restrictions in the city will continue till June 1, he said.

The Municipal commissioner said that the restrictions on citizens coming from `Sensitive Origin’ states and locations would be applied for citizens coming to the city from any state of the country.

“It will be mandatory for every citizen coming from outside Maharashtra, entering or planning to enter in PMC limits through any transport service to carry negative RT PCR test report, for which the test has been done within the last 48 hours,” he asserted.

As per the state government order, he said only two persons, including driver and cleaner or helper, would be allowed with a goods vehicle entering the city.

“If the goods vehicle is coming from other states then the citizens travelling in it will have to mandatorily carry a negative RTPCR report with them while entering the city. The test should have been carried out within the last 48 hours of their entry and the report would be applicable for seven days,” Mr Kumar said.

The order further said that milk collection, transport and processing units will operate without any restrictions but the establishments and shops selling it or doing home delivery will have to follow the rules applicable for selling of essential commodities in the city which is from 0700 hours to 1100 hrs everyday.

Citizens can leave their home only for medical emergency purposes, it added.