The former Meghalaya legislator also questioned the decision of the Meghalaya government to give away some portions of land to Assam for which there was no contest. 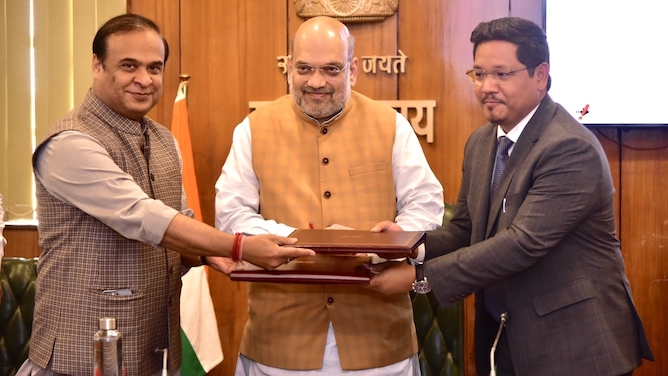 Shillong: The Voice of the People Party (VPP) has termed the Memorandum of Understanding (MoU) signed between Meghalaya and Assam a “complete sell out” by the ruling Meghalaya Democratic Alliance (MDA) coalition of land belonging to Meghalaya.

“This MoU has drawn flak from various quarters and has also irked the people in the border areas. Hence the VPP feels that this agreement is not acceptable,” VPP president Ardent Miller Basaiawmoit said.

The former Meghalaya legislator also questioned the decision of the Meghalaya government to give away some portions of land to Assam for which there was no contest.

“The VPP feels that this agreement is not acceptable. We would like to tell Chief Minister Conrad Sangma and Deputy Chief Minister Prestone Tynsong that the border areas are not their personal property and they cannot do whatever they want,” Basaiawmoit said.

Terming the MoU signed between the Chief Minister Sangma and his Assam counterpart Himanta Biswa Sarma as “nothing but a complete sell out” by the MDA government of land belonging to Meghalaya, Basaiawmoit said, “The Meghalaya government had promised to the people of the state that it would adopt a policy of give and take as far as the settlement of the boundary problem is concerned. Therefore, it was expected that the two states would prepare a list of villages belonging to Meghalaya and Assam respectively to be transferred according to the said policy.”

However, the former legislator said that VPP was taken aback when details of the MoU was shared on the public domain and found that even areas which were not contentious would also be transferred to Assam.