Voting will be held at Rajiv Bhawan Shimla on Monday from 10 am to 4 pm through ballot paper. 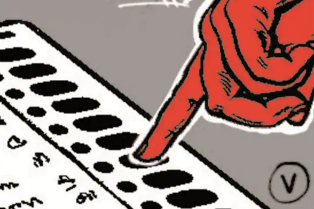 Hamirpur (HP): As many as ninety-four voters will exercise their right of franchise for electing their National president of the Congress party at the Rajeev Bhawan, Shimla on October 17.

Voting will be held at Rajiv Bhawan Shimla on Monday from 10 am to 4 pm through ballot paper.

Importantly, Mallikarjun Kharge and Shashi Tharoor are the two contestants for the post of National president of the party.

Alka Lamba, the national spokesperson of the party who is supervising the media wing of the party during the ongoing election campaign while sitting at Shimla and is a delegate from Delhi has sought permission to cast her vote at Shimla.