Villagers up in arms against stone crushers at Moidangpok

Speaking to media persons here on Friday, S Tombi Devi, JAC Against Polluting Factories/Industries in and Moidangpok, Moidangpok Khunou and New Keithelmanbi alleged that these units not only operate day and night without remorse, least mindful of the hazardous effect on the villagers. 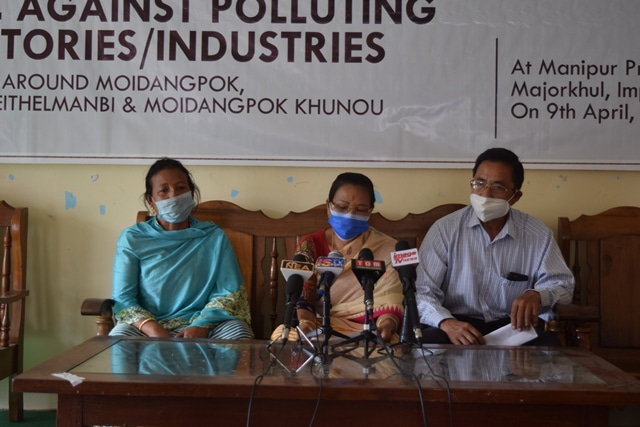 Imphal: Even as the State government had passed the Manipur Conservation of Paddy Land Wetland Act, 2014 to restrict the conversion or reclamation of agricultural land, especially in the valley areas, to promote growth in the agricultural sector, residents of three villages of Moidangpok, Moidangpok Khunou and New Keithelmanbi in Imphal West district have stepped up their opposition to the newly established stone crusher units, brickfields and industrial units in the area.

Alleging that these stone crushers and other industrial units have been operating in violation of the Manipur Conservation of Paddy Land Wetland Act, 2014, the villagers claimed that these units also removed a huge amount of stone from the reserve forest area as raw material.

Speaking to media persons here on Friday, S Tombi Devi, JAC Against Polluting Factories/Industries in and Moidangpok, Moidangpok Khunou and New Keithelmanbi alleged that these units not only operate day and night without remorse, least mindful of the hazardous effect on the villagers.

The pollution discharged from these units has also affected the entire areas which was once full of greenery. Almost all the paddy fields are finding it difficult to survive, irrigation facilities have been blocked and there is not much grassland where domestic animals once grazed to their heart’s content, she added.

The villagers also said that these illegal units have not only destroyed the surrounding environment but also caused a major health problem to the residents of the surrounding villages.

Not only stone crushers, one Bitumen Mixer Plant and one Brickfield are set to open in this area, they added.

The villagers also lamented that despite submitting a memorandum to various concerned authorities including, DC Imphal West, Patsoi Police Station, Manipur Pollution Control Board and the Department of Trade and Commerce, requesting them to shift these units to some other places, no action has been taken so far.

If the concerned authorities do not heed their demands and do not take up any measures to bring a solution, the JAC will be forced to start a new form of agitation, they warned.

Interestingly, Manipur Chief Minister N Biren Singh during a discussion at the last Budget Session of State Legislative Assembly, stated that his government had already served notice to 981 individuals (102 at Kakching, 56 at Bishnupur, 170 at Thoubal, 437 at Imphal West and 216 at Imphal East) against the construction of buildings and structures on the paddy lands.

Biren also said a total of 72 individuals have been arrested by the police and later released on bail after giving strict warning.

Meanwhile, a large number of villagers of three villages have submitted a memorandum in this regard to the Chief Minister, N Biren Singh and local MLA Konthoujam Assembly Constituency S Ranjan on Friday.

Manipur Police collect over Rs 1.5 crore in its drive against SOP violators