Varun Gandhi urges PM to enact a law on MSP

In the letter, Varun also pointed out that many leaders in senior positions in the government and the party have given provocative statements against the agitating farmers. 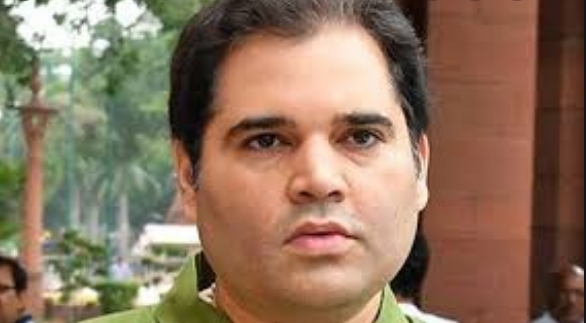 New Delhi: BJP MP Varun Gandhi on Saturday said many “innocent lives of farmers” could have been saved had Prime Minister Narendra Modi taken the decision to withdraw the three farm laws sooner.

Continuing his pro-farmer stand, the BJP MP from Pilibhit also demanded Rs 1 crore compensation each for the deceased farmers, who died during the agitation that started on November 26, 2020.

In a letter written to the Prime Minister, Varun Gandhi demanded the sacking of Union Minister of State Ajay Mishra and withdrawal of FIRs registered against the agitating farmers.

He urged Modi to enact a law on the Minimum Support Price (MSP), so that farmers could return home and end their agitation.

Varun Gandhi thanked PM Modi for announcing the rollback of the three central farm laws that witnessed nearly a year-long agitation before culminating in the prime minister’s November 19 address to the nation, where he promised to withdraw the Agri laws in the upcoming winter session of parliament that starts on November 29.

The Pilibhit MP, who has been critical of the three farm laws from the beginning, said, “This movement will not end without the resolution of this demand and there will be widespread anger among them, which will continue to emerge in one form or the other. Therefore it is important for the farmers to get the statutory guarantee of MSP for their crops.”

Posting a copy of the letter on his Twitter handle, Varun Gandhi said, “In this regard, my humble request to you is that the government must immediately accept their demands in the interest of the nation.”

“The farmers who were ‘martyred’ in the movement should get compensation of Rs 1 crore,” he said demanding immediate withdrawal of all FIRs against the agitating farmers.

Reiterating his demand for removal of MoS Mishra, Varun Gandhi said: “In the interest of fair investigation and justice, the Union Minister should be sacked immediately.”

“The heartbreaking incident is a blemish on our democracy. It is my request to you that appropriate strict action is taken against the Union Minister who has been connected to this incident so that there is a fair inquiry,” the BJP MP said.

On October 3, eight people, including four farmers, were killed in Uttar Pradesh’s Lakhimpur Kheri when the SUVs owned by Union MoS for Home Ajay Mishra ploughed through a group of farmers agitating against visiting MoS in the area. His son Ashish was allegedly driving one of the cars and was later arrested on October 9.

In the letter, Varun also pointed out that many leaders in senior positions in the government and the party have given provocative statements against the agitating farmers.

“It is the result of such statements and the adversarial atmosphere created around the movement, that on October 3, five of our farmer’s brothers were crushed to death by vehicles in Lakhimpur Kheri,” Varun Gandhi said.

“Democracy runs on constitutional discourse and empathy. The farmers expect you to solve their problems in a sensitive and timely manner. I believe by accepting the demands of the farmers according to the democratic and constitutional values of our nation, your respect shall further increase in the country,” Varun Gandhi said.