Uttarakhand CM likely to be announced on Monday

Central observers for selection of leader of the legislature party, Union Ministers Rajnath Singh and Meenakshi Lekhi, will reach in Dehradun on Monday. 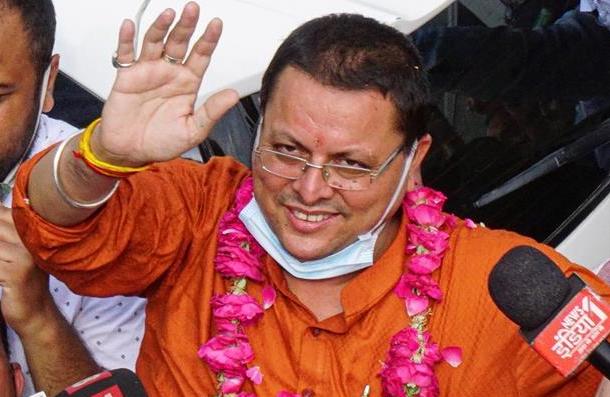 New Delhi: As suspense continues over who would be the next Chief Minister of Uttarakhand, the legislature party of BJP will meet in Dehradun tomorrow to pick its leader.

Central observers for selection of leader of the legislature party, Union Ministers Rajnath Singh and Meenakshi Lekhi, will reach in Dehradun on Monday.

“The meeting of Legislative Party will be held on Monday evening. Thereafter, the Chief Minister’s name will be announced,” Uttarakhand BJP Chief Madan Kaushik said. BJP President JP Nadda and Home Minister Amit Shah on Sunday met leaders from Uttarakhand, ahead of a meeting of the state legislature party.

Dhami, who was the Uttarakhand Chief Minister when the state went to polls, lost his Khatima seat to Congress candidate Bhuwan Kapri. Several MLAs have supported Dhami to be picked as the Chief Minister again, and also offered to resign from their seats, to enable him to fight and win. BJP retained power in Uttarakhand, winning 47 seats, getting around 44 per cent of the vote share.