The Central Command said in the release that the five crew members identified themselves as being nationals of Yemen and will be returned to their country. 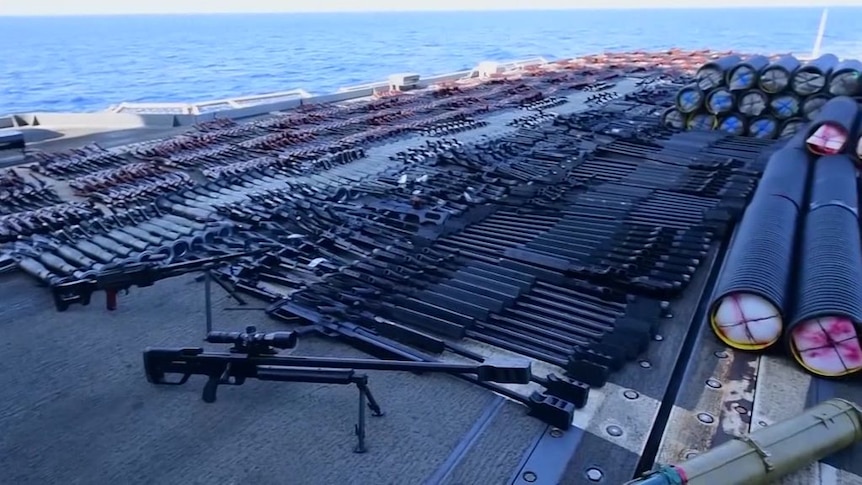 Washington: The US Navy seized a stateless vessel with about 1,400 AK-47 rifles allegedly shipped by Iran to Houthi rebels in Yemen via the Arabian Sea, United States Naval Forces Central Command said in a press release.

“US 5th Fleet ships seized approximately 1,400 AK-47 assault rifles and 226,600 rounds of ammunition from a stateless fishing vessel during a flag verification boarding in accordance with customary international law in the North Arabian Sea, Dec. 20,” the release said on Wednesday.

“The stateless vessel was assessed to have originated in Iran and transited international waters along a route historically used to traffic weapons unlawfully to the Houthis in Yemen.”

The Central Command said in the release that the five crew members identified themselves as being nationals of Yemen and will be returned to their country.

The US naval forces sank the vessel after the Central Command determined it represented a hazard to navigation, the release added.
Earlier in December, the United States seized Iranian weapons, including 171 surface-to-air missiles and some 1.1 million barrels of Iranian petroleum products from vessels in the Arabian Sea destined for Houthi rebels in Yemen.

Yemen has been engulfed in an armed conflict between the government forces, led by President Abdrabbuh Mansour Hadi, and the Houthi rebels. Since March 2015, the Saudi-led Arab alliance, working in cooperation with Hadi’s forces, has been conducting air, land and sea operations against the Houthis. The conflict has created the arguably biggest humanitarian crisis in the world.