‘US not considering adding South Korea to Quad’

The Quad is a four member partnership -- the US, Australia, Japan and India. 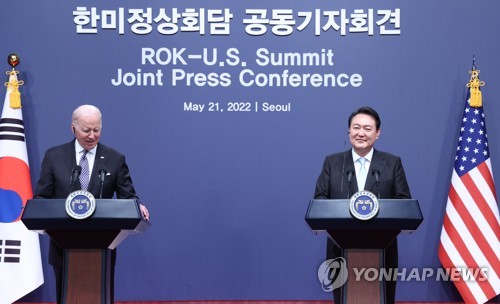 Washington: The US will not be considering the addition of South Korea to the Quad security forum, which is seen as a partnership to counter China, a senior US official said on Sunday.

According to Yonhap, the official made the remarks while accompanying U.S. President Joe Biden on his three-day trip in Seoul, which will be followed by a visit to Tokyo for the summit of the Quadrilateral Security Dialogue (Quad) slated for Tuesday.

The Quad is a four member partnership — the US, Australia, Japan and India.

During his election campaign, Yoon had pledged to take part in the Quad’s various working groups like those on climate change and technologies in order to gradually expand cooperation between South Korea and the Quad, Yonhap reported.

However, the remarks by the US top official has clearly indicated that Washington is not looking for expansion of the dialogue platform into “Quad Plus”.